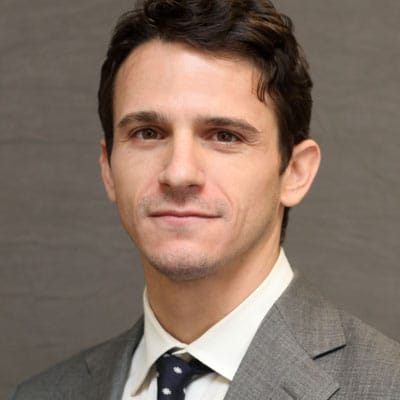 Everything I know about my paternal grandfather comes from a letter sent by his childhood friend to my then 13-year-old father. It is dated September 7, 1973, several years after my grandfather’s death and 14 years before I was born.

The two and a half typewritten pages reveal that my grandfather was impeccably stylish and spotlessly clean; that he hated being drafted into the Korean War but felt obliged to serve; that he was a loyal friend, respectful son, and “loveable clown” whose smiling eyes made “sweet young maidens’ hearts flutter unevenly;” in football and basketball a “6-foot stone wall,” but in baseball a powerful longball hitter and reliable outfielder.

Who cares? What’s the value of this knowledge? Self-knowledge is a virtue, and knowing oneself requires knowing one’s origins. The past doesn’t tie us down—it liberates us to make informed decisions and to build upon foundations rather than reinvent the wheel.

Whether I claim my grandfather’s virtues as my genetic heritage or a model to emulate, I take pride in reading that he “was a far above average quick thinker, could grasp and handle any problem, and had a vocabulary second to none. At the age of fifteen he could do the hardest Sunday newspaper crossword puzzles in just over an hour, without ever using a dictionary.” Though he died an eternity before my birth, he endowed me with a love for words, which I’d never know without his friend’s letter to my 13-year-old dad.

When I finished my doctorate at the age of 30 (only ten years before the age my grandfather passed) I taught seminars at Northwestern Feinberg School of Medicine on the history of longevity. While I studied and taught ancient and future life-forms, I was preparing for my life’s work—to preserve the lives of others through authentic storytelling.

My grandfather’s absence was ubiquitous in my childhood, influencing my life no less, just differently, than his presence would have. His relatively short life became my lifelong obsession, as I measured milestones against his truncated path.

This letter to my father is a rich inheritance. It’s the ethical will my grandfather never had the chance to write. If two and half pages typewritten for a 13-year-old can mean so much and last so long, how cool it would be to have my grandfather’s full story preserved in his own words.

Aaron Greenberg holds a Ph.D. in English from Northwestern University (2017). Prior to co-founding bioGraph, he served on the Core Faculty of the Bioethics Clinical Scholars Program at Northwestern’s Feinberg School of Medicine. His publications include an essay in Shakespeare’s Things, We Were Strangers, and Recorded Time: How to Write the Future. Aaron teaches Life Writing at the School of the Art Institute of Chicago.