The Alchemy of the Transcript 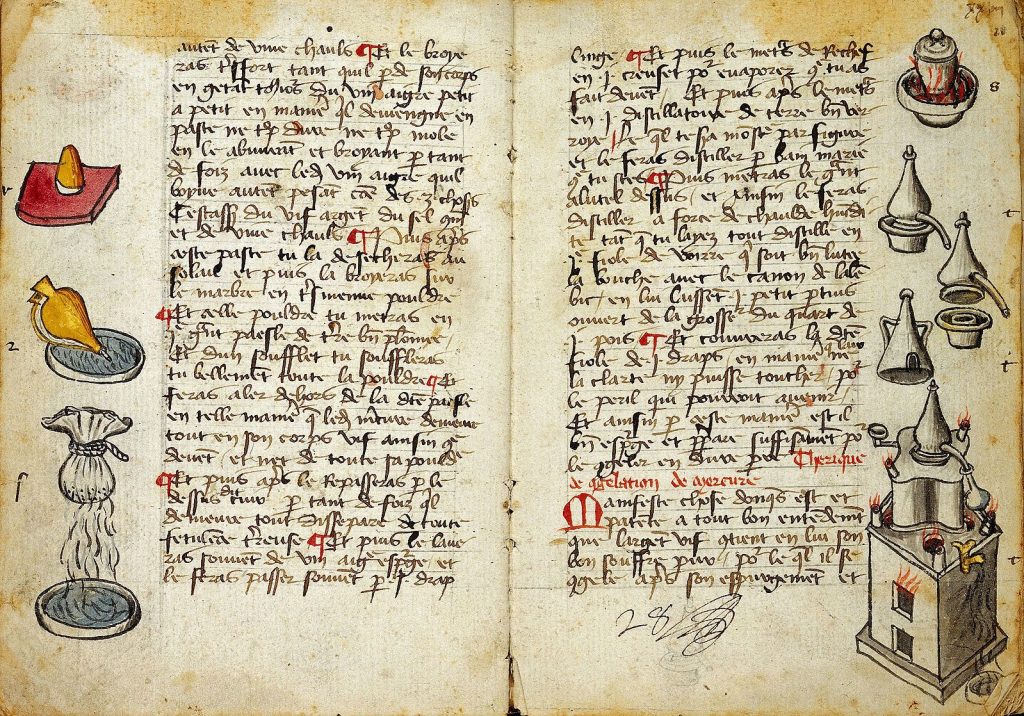 Every bioGraph book begins with a human voice. Whether you’re telling your family’s story or imparting wisdom from your years in business, we make sure that your voice is at the center of the book we write together. We sit down with you, your family and friends, your business partners, conducting in-depth interviews to understand your world. Scientists disagree about the precise percentages, but they all agree that non-verbal communication is deeply important. It’s part of the way we build trust, convey emotion, connect with other people. And your voice is often a non-verbal instrument: its tone, rhythm, and music act as a kind of fingerprint, conveying vital information about who you are and what you care about.

Once our interviews are completed, our team carefully transcribes them, producing a written record of your conversation with us. In some cases, our clients are uncomfortable being interviewed; they prefer to answer questions in writing. Our goal is always to help our clients tell their stories on their terms, in the way that feels most comfortable and natural to them—and we pride ourselves on our flexibility, our capacity to adjust our process to meet our clients’ needs and visions. For clients who prefer not to be interviewed, we develop written questionnaires with the same care and attention to detail that characterizes our preparation for interviews. Just like interview transcripts, the responses to these questions contain something irreducible: your voice, in all its particularity. And our team approaches these documents with the same care and concern: working to preserve, shape, and accentuate your voice.

Reading through those records, our clients are often surprised by how generative they are. Once a conversation is laid out in writing, you see new things in it. Offhand comments suddenly come to life, full of rich possibilities. Anecdotes connect to form a vibrant and detailed picture. But there’s also something lost as we make the transition from speech to writing. No matter how good the transcript is, you risk losing what F. Scott Fitzgerald calls the “exhilarating ripple” of the voice: the human presence of the speaker, the tone and music of their voice.

That’s where a trained writer comes in. It’s a writer’s job to take language—so often lifeless and inert—and invest it with feeling and presence. Creating that sense of presence is key to our work. For a client like David, it’s important to convey to future generations who he is, what he values, and how he lives. He wants to be more than a dusty photograph on a shelf somewhere. Milton, the great English poet, argues that books “preserve as in a vial the purest efficacy…of that living intellect that bred them.” David knows that his book will serve as such a vial, preserving his intellect, his personality, and his living efficacy for generations to come. We also work with many younger clients who are less immediately concerned with their legacies: they want to connect with an audience right now. As we help them tell their stories—chronicling their struggles and their triumphs—we encounter the same challenge: to render their voices in all their vitality on the page.

It requires not just training and skill but inspiration to infuse language with life. There’s something magical when it happens. People argue about whether it can be taught, or whether some folks are just born with an intrinsic capacity to give language life. Regardless how it happens, our writers at bioGraph are dedicated to making sure that your voice, in all its exhilarating richness, comes through on the page—so that readers can pick up your book and feel like you’re sitting next to them, deep in conversation.

So how do we take a transcript and turn it into writing that is not only elegant, but also human? How do we ensure that your voice, with its abundant nuance, comes through on the page? In this article, we take you through this crucial step in our process. (For articles on other aspects of our process—including an article on how we conduct the interviews that form the basis for our transcripts—click here).

To answer these questions, let’s take a look at a key section from our interview with “David,” an eighty-five-year-old grandfather of three, writing a memoir. In this section of the interview, David reflects on his relationship with his own grandparents:

David: I finally went to visit their old apartment on Clark Street a few years ago. Who knows why it took so long—I drove by there all the time on my way to Cubs games. I guess I just didn’t know my grandfathers, unfortunately, so I didn’t feel connected with them. They died very young. My folks were born in Chicago. Their parents came from Poland, although I can’t tell you where. My father’s father, well, my father’s mother wound up in St. Louis, when she was two years old. They must have come around 1875. My parents were American and they didn’t want to speak Yiddish at home, although they could speak Yiddish a little bit. The sad thing for me is that I really don’t know the history of my grandparents. I know my father’s father was a jeweler, and his father was a jeweler.

This is a rich moment in the interview: David is not just telling us the raw, dry facts of his family’s history; he’s also telling us how he feels about them. In the audio recording of the interview, one hears a tinge of regret in David’s voice: he sighs, shifts in his chair; his voice drops, becoming huskier and deeper. Our writer wanted to capture that emotional depth, while also sculpting the passage to give it a strong sense of narrative. Take a look at the adaptations he made to the opening sentences:

For years, I drove past my grandparents’ old apartment on Clark Street on my way to Cubs games. I never stopped in, even though my father was raised there. I didn’t know them well; I never felt a strong familial connection with them.

Our writer focuses on the emotional core of the story: David’s sense that he isn’t “connected” to his grandparents. At the same time, the reader also cleans up the passage a little, helping translate spoken English into polished written English. By doing so, the writer sets the stage for the next beat in David’s story—the reasons why he doesn’t feel connected to his grandparents:

I don’t know their history beyond the bare facts: they came to America from somewhere in Poland. On my mother’s side, they settled in St. Louis around 1875. She and my father both grew up here. They identified as Americans. They didn’t want to speak Yiddish at home—even though they could speak the language. I never learned it, so I couldn’t communicate well with my grandparents while they were alive. They died young, before we had a chance to overcome the barriers between us.

Our writer is making several subtle moves here. The writer tries to preserve as many of David’s words as possible, using his sentence structure and vocabulary as a basis for the revised paragraph—while also making some of the unspoken subtext of David’s comments clear to a reader. We carefully flag such passages for our clients to ensure we’re expanding and strengthening your voice, rather than putting words in your mouth.

On the other hand, the writer also condenses and organizes David’s comments, so that a clear and readable narrative emerges. This sense of narrative is key: it allows the writer to communicate David’s sense of loss, the power of his emotion, without resorting to cliché. Our writer is following one of the cardinal rules of writing: it’s important to show your reader something, instead of telling them about it. As a result of this careful buildup, the end of the paragraph lands with understated power and force:

As a result, I only know a few details about the lives of my grandparents. I know my father’s father was a jeweler. I know that his father was a jeweler too. I’ve always been sad not to have a deeper connection with them and their history. But, after years of ignoring their legacy, I finally went to visit the old place a few years ago.

The paragraph closes with David finding what peace and connection he can, knocking on a strangers’ door to see the apartment where his father was raised and where his grandparents spent their lives. The writer has found a way to convey the full emotion of David’s voice, his body language, through some simple writerly tricks. For instance, note the way the writer has taken the first thing David says—that he “went to visit their old apartment on Clark Street a few years ago”— and moves it to the end of the paragraph. It’s not a flashy move, but it has important consequences for the way the paragraph feels, the way a reader experiences David’s story. David’s readers move with him: they start from a sense of loss, disconnection with the past, and move toward a renewed, reestablished family bond. In this way, the structure of the paragraph itself conveys the complex mix of nostalgia, loss, and affection that David feels when he contemplates his family’s history. This is the alchemy of the transcript: finding a way to convey your voice, your passion, your emotion on the printed page.

Our writers at bioGraph apply this level of care and attention to each sentence, each paragraph of your transcript—working to build a consistent, clear, and powerful voice; a strong narrative that runs through the book as a whole. Indeed, our writer applies the same tricks to the structure of the book that he uses on the paragraph itself. In the original interview with David, this comment falls 35 minutes into the interview, between a section on his family’s Passover ritual and his plans for a new play at the non-profit theater company he founded in Skokie. In a spoken conversation, shifting between topics in a loose way feels natural; in a book, it would be frustrating for a reader, looking for a strong sense of narrative. So the writer moved this paragraph to the opening sections of the book, using it to help establish David’s family history while setting up the later sections of the book on his family rituals and his accomplishments.

Our writers treat your voice with the care and dignity it deserves. As we approach and edit your transcript, we apply a rigorous attention to detail, thinking through each sentence—and also meticulously organizing its narrative so that your voice reverberates with clarity and authenticity. Every bioGraph book begins with a human voice. When the book is finished, that same voice is present on each page, vibrant and alive.