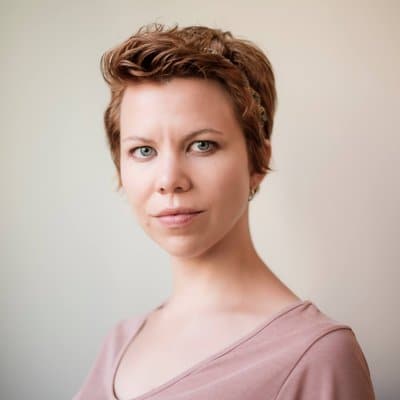 In college, I recorded an interview with my Grandma Groeneweg for a class assignment. We talked about the changes in media that she saw during her lifetime. She was born on Christmas Day in Long Island, Kansas, in 1929. She came into this world in the wake of Black Thursday, the worst stock market crash in United States’ history, signaling the onset of the Great Depression. About 10 years later, the Dust Bowl forced her farm family to move to northwest Iowa, which is where I grew up.

My grandmother lived through decades of prosperity and protest, political upheaval, social revolutions and technological advancements that shifted the landscape around her like the wind-whipped Plains.

When she died a couple years ago, her life was reduced to a 319-word obituary with dry facts: the oldest of 12 children, Joanna Kats married Albert Groeneweg on February 22, 1950. They had nine children, 28 grandchildren and 57 great-grandchildren. Their legacy is faith, family and farming.

Looking for more color, more context, more meaning from her life—I opened the 40-minute audio file that I saved from college. I hit play and her gravelly voice came through the speakers.

“All we had was radio,” she says. Most of our conversation is contained to the assignment, discussing mass media and daytime TV before veering off into online dating. She tells me how she grew up tuning her radio dial to homemaking shows and Gunsmoke, a long-running Western drama that her younger brothers loved to listen to in the barn when they were supposed to be milking cows.

“They would leave the milker on that cow until a certain part of the story was over,” she says. “I would always get so angry with them. Finally, I told my parents about it—that them boys were doing that. So they took the radio away from them.”

I’m grateful to have my grandmother’s voice preserved, but I can’t help but wonder why we don’t ask more questions and record more answers about our family histories when we can.

I keep thinking of the things I’ll never know about her. What did she think about being a homemaker, a farmer’s wife, and raising nine children, eight of them girls? What hopes and dreams did she have for them, for herself?

In my years as a journalist, I’ve learned more intimate, personal details about relative strangers than I have about my actual relatives. It’s easier to talk to and write about people I don’t know. I can be more objective, ask clearer questions and see the thread weaves the story together.

With our own stories, sometimes it can be like looking through the lens of a camera and not realizing it’s zoomed in. When you’re looking at preserving your business or family histories, you’re often too close to the subject and you can’t see the whole picture. But if we could zoom out, what kind of life would come into focus?

That’s what I’m here to help you see.