“It’s the gayest neighborhood in the city! It’s the most unique, most diverse―everyone’s here, one big city; just very inclusive neighborhood,” Aaron smiles. His black t-shirt with SIR printed across the front sharply contrasts the painted rainbow crosswalk on the corner of Aldine & Halsted.

This is Boystown―declared the first official gay neighborhood in the United States by Mayor Daley back in 1997. It was previously known as New Town when gays and lesbians started moving to the area from River North in the 60s and 70s. Nearly ten blocks on Halsted between Grace Street and Belmont Avenue are now home to the highest concentration of LGBTQ-owned businesses in Chicago.

On a Tuesday evening it’s the usual weekday bustle―couples walking to dinner, people returning from work, pet owners taking the dog for a potty break. But Thursday is an entirely different beast. “This area is always popping. But definitely tonight―Thursday is the day where it starts to get really crazy,” says Blake Stewart, a ten-year resident of Boystown.

Bars line the street, windows and doors open to the summer breeze. The first gay bar in the area “Little Jims” opened here in 1975. Now you can’t walk a block without passing a bar or club welcoming people in for the nightly show or drink special.

Tonight Roscoe’s is drawing a crowd for the drag race season 11 finale. “It’s kind of like how people flock to sporting events―like this is the queer event right now going,” says Kennedy, walking with a co-attendee named Jesse down Halsted toward Roscoe’s.

“Me being a drag entertainer myself, I can only aspire to one day get on it, but I love everything about it. I just love the exposure to the culture that we have as artists. I love the colors, I love the atmosphere, I love the comfortability that I have out here,” remarks Jesse, posing in front of one of the Legacy walk art deco rainbow pillars that line Halsted. They were installed in 1998 to commemorate LGBTQ individuals when Boystown became an officially recognized gay neighborhood.

Now flags and Boystown banners wave over Halsted, rainbow-lettered planters signaling the names of every side street. When the weather’s nice, people fill the streets, patios, and rooftops. Everyone is friendly and happy. It’s a relaxed place to be. “You get to see a bunch of different people…I’ve seen ones where they’re just giving hugs for free for people who have been dejected from their family―LGBT and stuff like that. So I just see them set up on the corner and they give hugs for free,” remarks Blake, who originally came to the neighborhood for DePaul and remained because of the community.

For many, this area represents the place they feel welcomed and accepted as they are―without pretense or fear of rejection. “It’s kind of like a weight lifted off of you, like for me as like a queer individual, just walking this strip is kind of like I can breathe a little easier seeing the people that kind of identify the same way that I identify,” says Kennedy.

The annual Pride Parade will kick off June 30th, and you already spy Pride shirts on the streets. It’s been a yearly event since the first parade on June 27, 1970, when 50 people marched through River North―formerly one of the main neighborhoods for the LGBTQ community. Over the years the parade moved north and grew in size. Today around a million attendees participate in the march down Halsted from Addison, participants and onlookers alike dressed in the vibrant colors of the rainbow banners that line the street..

For the residents of Boystown and many others in the city, it’s one of the most anticipated events of the year. “The Pride Parade―it’s basically a free for all. Everyone’s just being themselves and enjoying the day, and a lot of glitter―a lot of glitter, lot of feathers, lot of music, lot of fun!” beams Aaron. Crowds fill the streets, “people complimenting people—and dance battles…it’s wild, I love it,” says Kennedy.

Walk through Boystown any evening, you’ll see this neighborhood knows how to enjoy itself, even outside of Pride month. Between Roscoe’s drag shows, Sidetrack’s musical Mondays, and scores of other events, there’s never a dull moment. If life were a party, Boystown would be at its center. 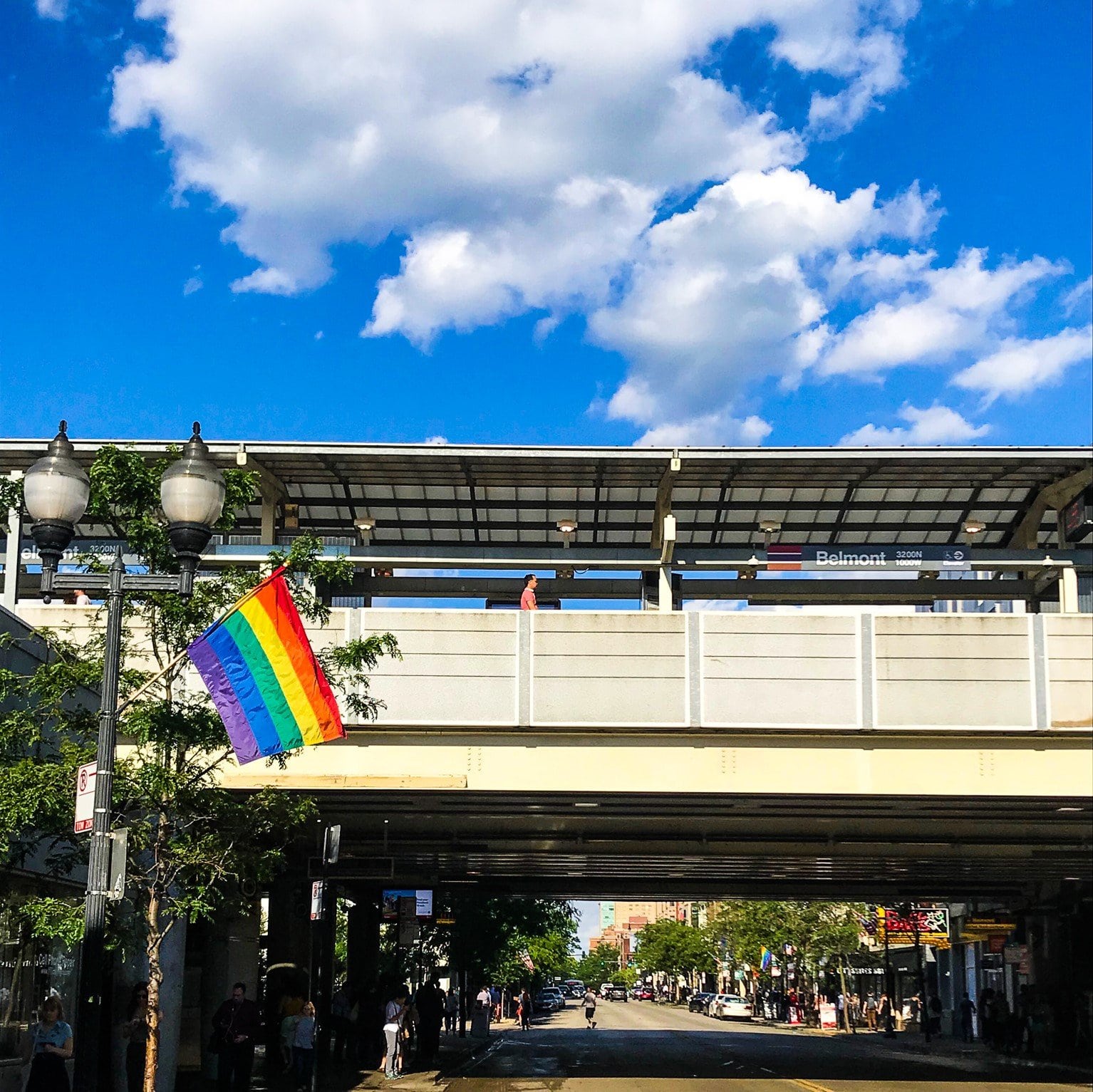 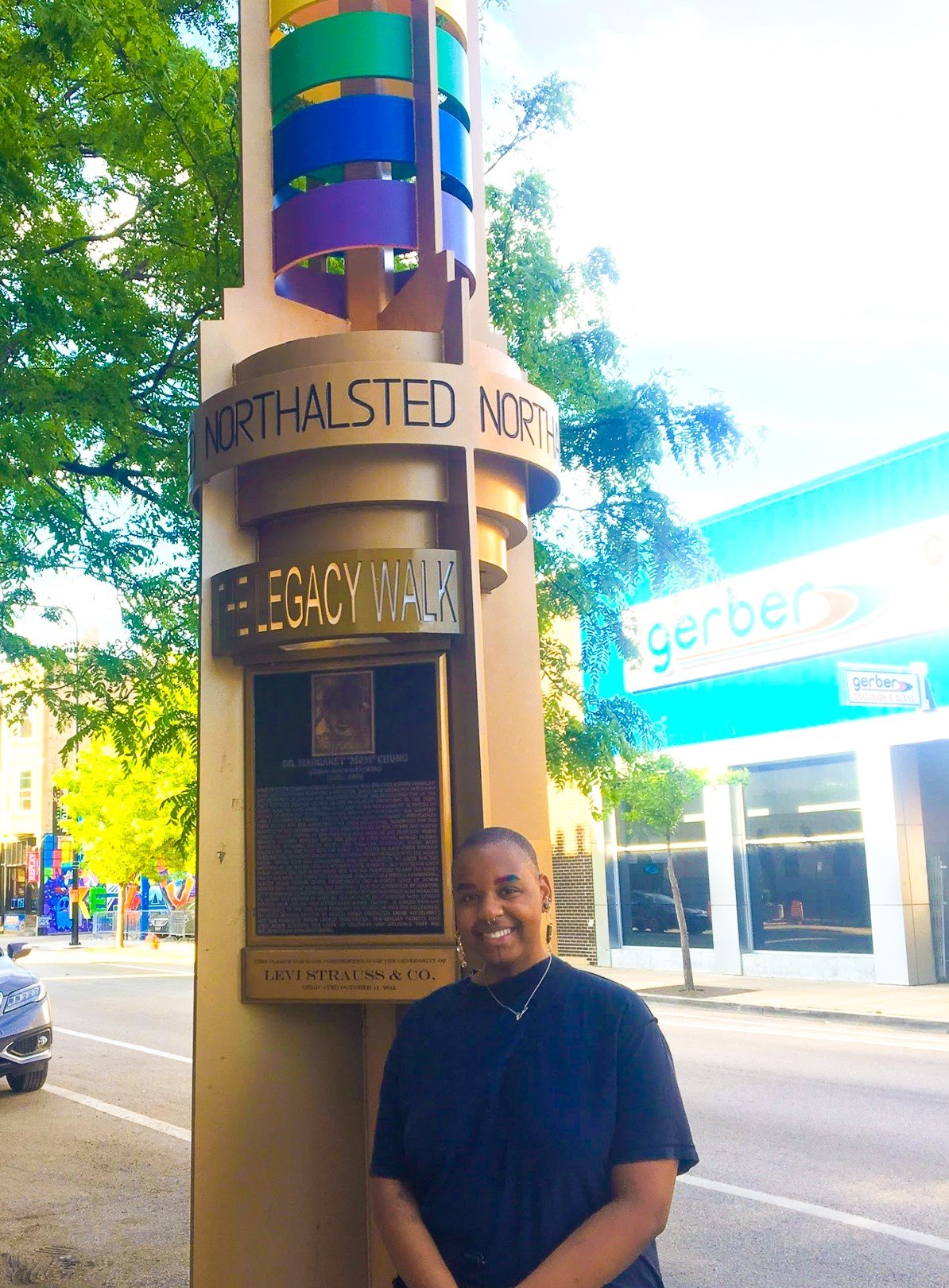 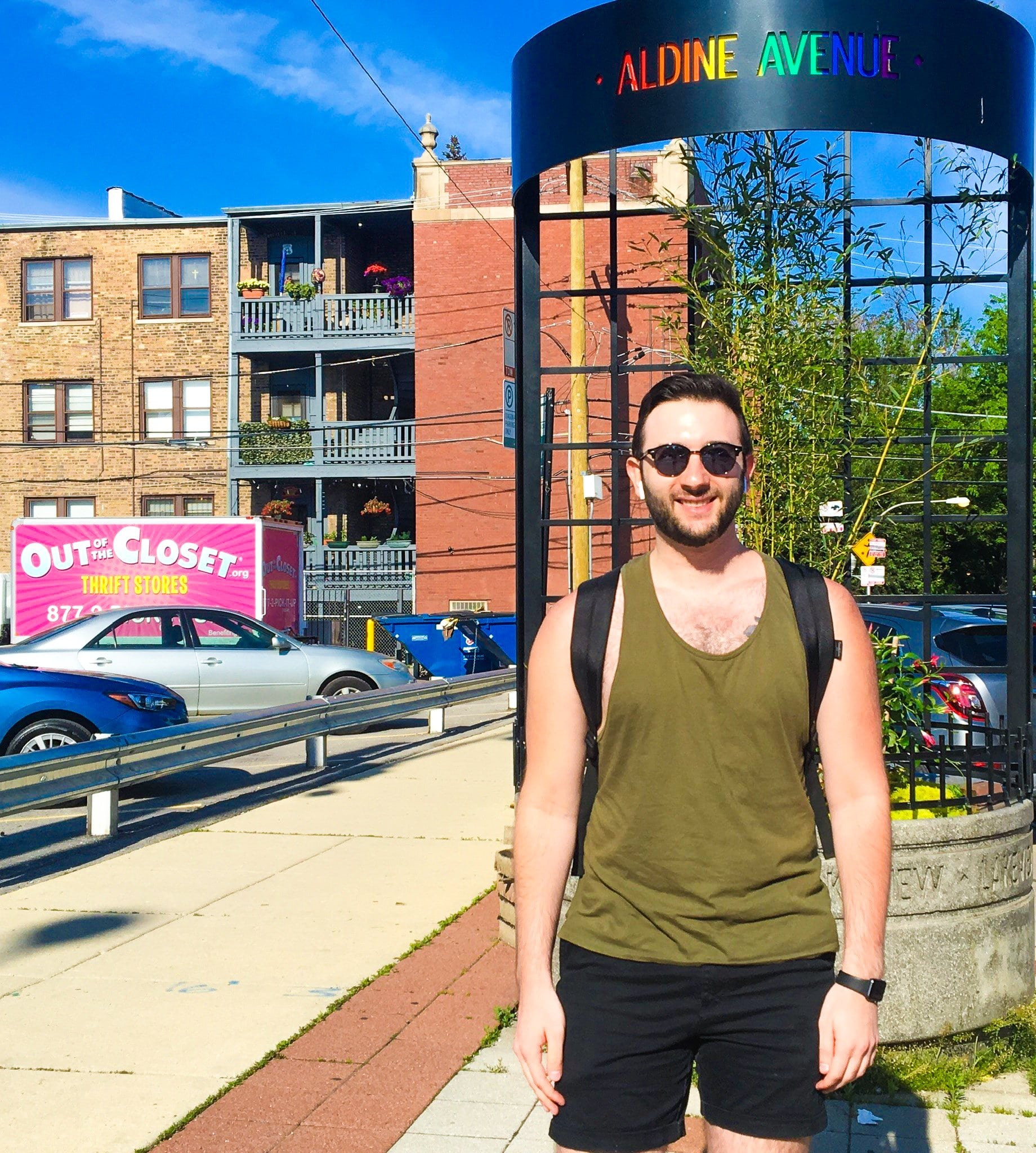 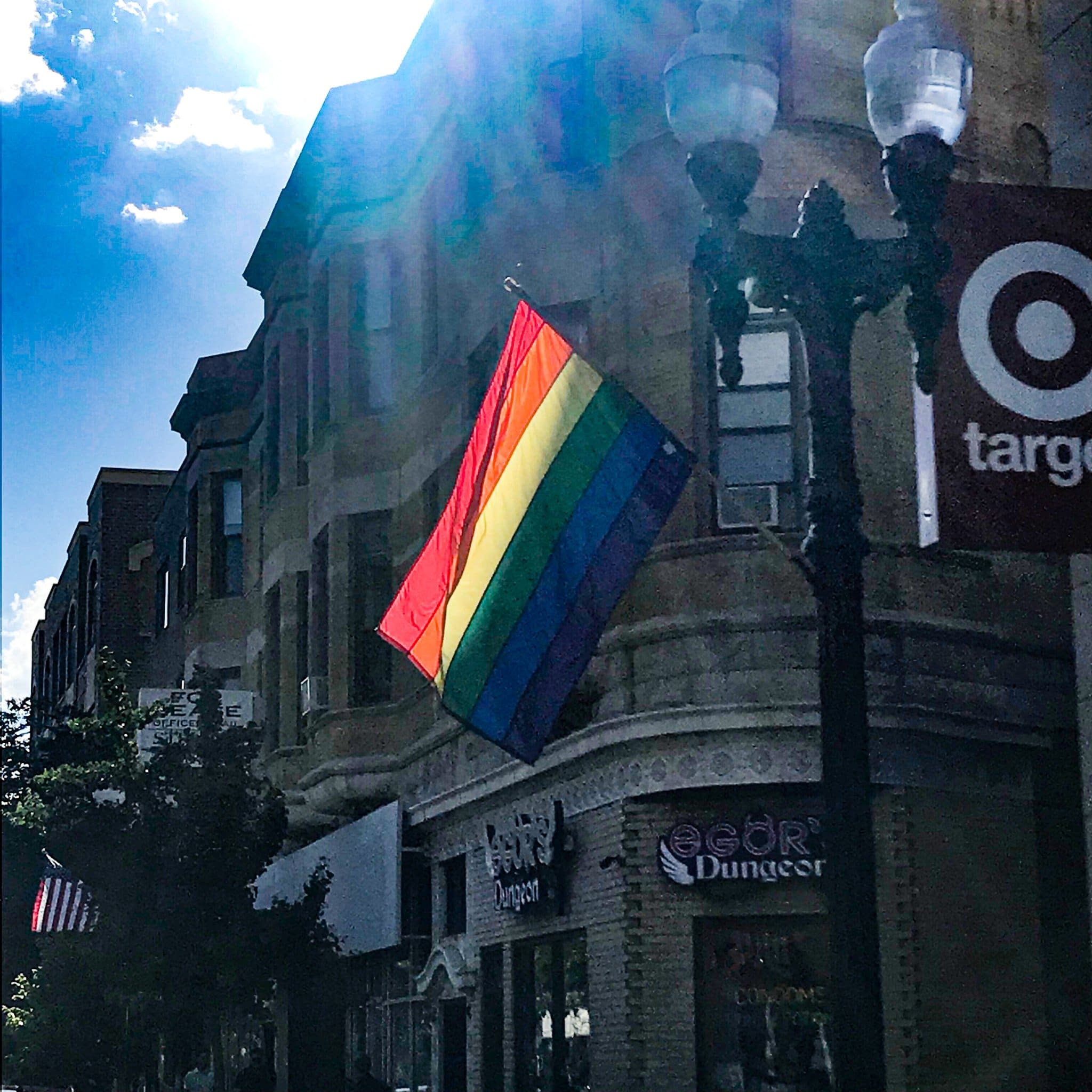 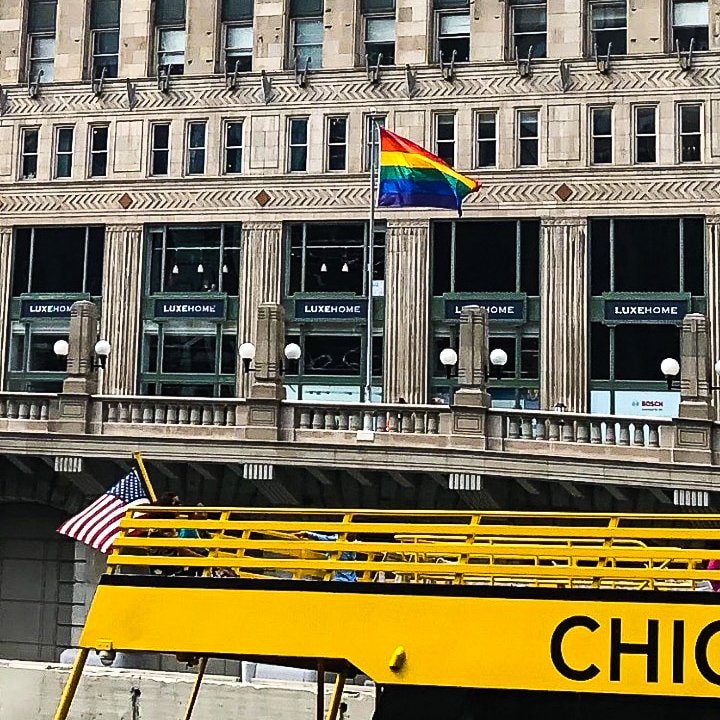