Chicago in the Summer
by Moe Lowe 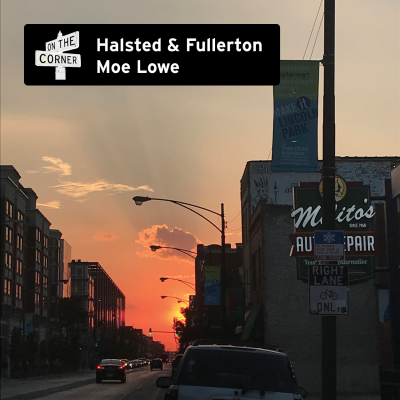 Who knew that the other side of the city had so much to say?

If you’re still shaken up about 9/11, the Chicago Air and Water Show says, too freakin’ bad.

Lizzo is capital g Good. A summer that is gushing.

III. Hospitals aren’t any colder in the summer

even when your jugular is capital j Cut.

Chicago, you’ll never be my home.

Pizza with no intention, but what’s pepperoni got to do with it.

IV. Actually quite a bit.

Meat lures us in room 3328. Pepperoni, that equals hope.

This is a football movie – exact same amount of yelling.

Her dad’s mouth doubles as a locomotive.

The nurses could never.

Summer gives him olive skin. He doesn’t shave because he doesn’t have a reason. Thighs like elephants, bowlegged like my brain.

Humidity doesn’t beg for Put Togetherness, but neither do funerals, and she’s not dead, so we grab our glue sticks.

Five o’clock shadow that says, I work at a railway station and I have two daughters

VI. one of which almost died.

Bloodshed is often followed by a sense of false consciousness.

Chicago saved her because it was too tired to push her arms down and fuck. So Chicago tosses the flag, says, hold your roll boys we’ve got a live one.

The city that holds a knife to a woman with a halfway decent rack at the corner of 3 a.m. and Halsted.

Chicago in the summer is

VII. something my uncle told me once.

You haven’t made me this mad since the Cubs won the pennant. In a crowd of millions, to breathe

A city that whispers an apology – I guess I just expected the lamp posts to step in by now.

A city that begs for forgiveness, the ignorant concrete just under us all.

A city that winks then makes you sleep with him.

A city that’s so much more manageable than New York. A city that gives a boy’s daughter ten seconds to live and the same amount of time to shotgun an Old Style.

Chicago goes gray then gray again, the city of the safe cigarette.

Chicago in his laundry t-shirt. Chicago with its white teeth.

When a beautiful woman dies,

Edgar Allen Poe does a full black flip in Purgatory, and the woman just bleeds out.