A Brief History of Chicago Restaurant(eur)s 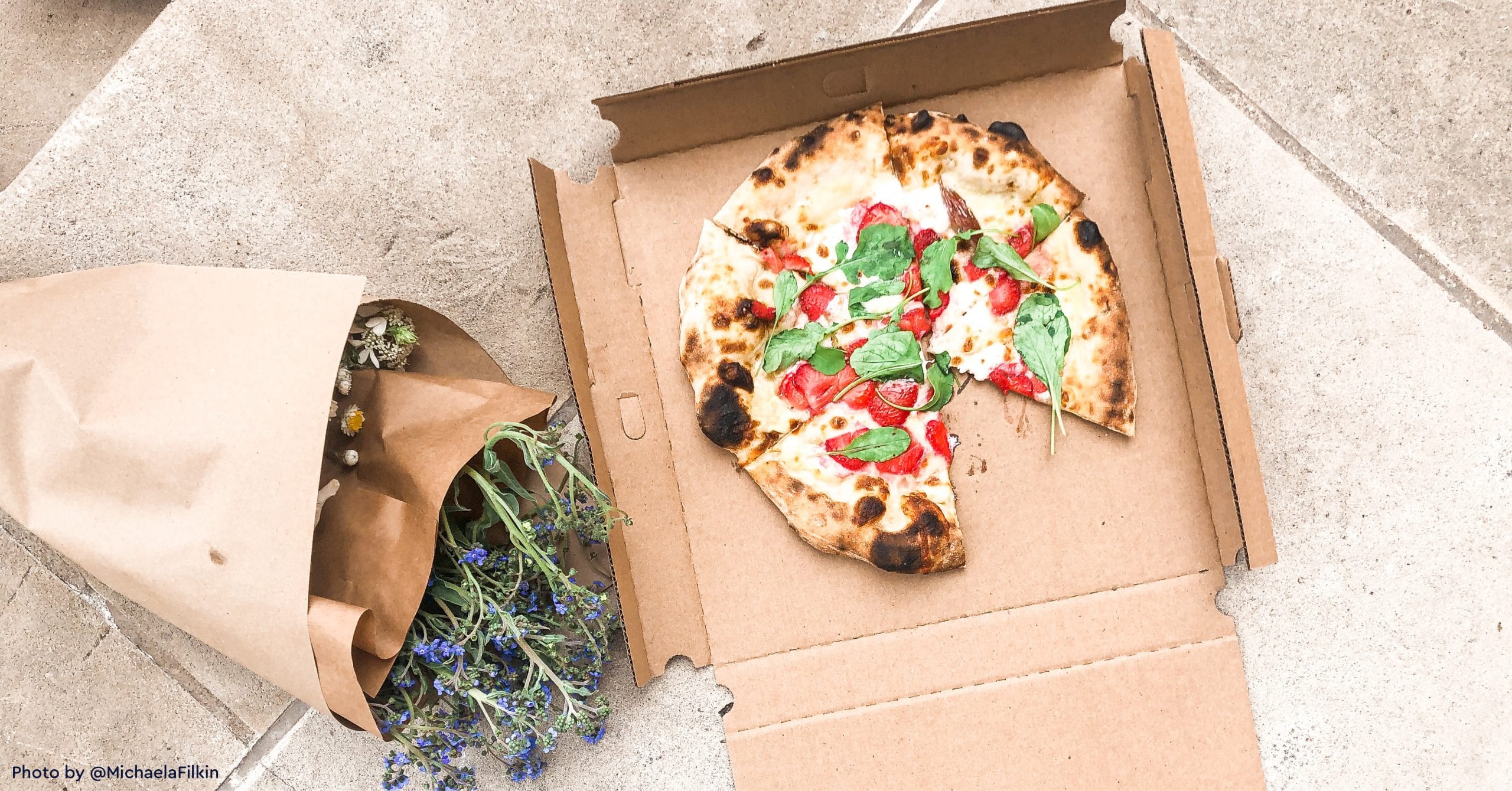 When my great-grandparents moved to Chicago, they lived in a Swedish neighborhood so tightly knit that my great-grandmother never mastered English. Every day, she visited the Swedish meat market to buy potatiskorv, her favorite style of sausage, and inlug sil, my family’s preferred form of pickled herring. At the market, she would rub shoulders with her neighbors, trade gossip, and glean the latest scuttlebutt for surviving as an immigrant in her new neighborhood.

My grandmother’s shopping, cooking, and socializing happened at close quarters, with tight clumps of people gathered in front of the butcher’s counter, shouting out their orders. It would’ve been impossible to keep six feet away from her fellow shoppers.

That intimacy and energy suddenly feels so foreign, so inaccessible, so dangerous. On March 16, 2020, Lori Lightfoot, mayor of Chicago, issued a stern order to close down taverns and restaurants. Citizens were urged to stay indoors, to wear masks, and to keep at least six feet away from each other. This life-saving move helped protect the city from an overwhelming wave of coronavirus cases, but it puts the city’s food culture at risk. Restaurant workers across the city have suddenly lost their jobs, thrusting them into precarious and difficult positions. Many storied restaurants will not survive the economic downturn. The pain of the pandemic will be felt for years—long after the virus itself is gone.

That damage will not only affect people and businesses; it will also diminish the city’s culture. Chicago is a food city. People argue passionately about which branch of Harold’s Chicken is the best; they drive in from the suburbs to visit traditional Polish joints like Podhalanka, on Division Street, where their parents and grandparents used to dine. What we eat, where we eat it, who we pay to prepare it, and how much we pay reveals what we value, who we are, and who we wish to become.

There is life-saving work to be done right now. Nurses and doctors across the country are risking their lives to treat patients. Those of us off the front lines might feel like there’s not much we can do to help. But we can support laid-off workers. And we can tell stories—like the story of my grandmother. In telling such stories, we reinforce our bonds to each other, to our city, and to our culture. bioGraph is here to help you record your family’s stories and memories. While we’re isolated in our houses and apartments, let’s build a shared archive of the world that has been lost—or put on hold—in the current crisis: a record of the city we were yesterday from which we can build the city we will be tomorrow.

Chicago is a rich microcosm for the close links between food and culture. As a major metropolis, it is a cultural and economic leader. Even now, though, it remains a frontier city, the jumping off point for the larger West, Midwest, and northern regions.

Gateway to the rest of the nation, the city has historically been the place immigrants and migrants came first. Chicago has always been rigidly divided along racial, economic, and cultural lines. Some groups flocked together because they felt most at home near others like them. Others were confined by an implicit and subtle segregation.

“The seeming equality I found in Chicago gave me quite a lift,” Richard Wright recalled of his arrival in 1927, though he later “learned that Chicago had its own racial etiquette, its own unwritten laws and patterns of discrimination.”

Though social and economic lines have hardened over the last 50 years, other divisions have softened, as the city’s changing food traditions show. By the time my mother was a young girl in the mid-20th century, Chicagoans were leaving their enclaves, eating pasta at Fanny’s and corned beef at Manny’s. And everyone went to Wing Yee’s for egg rolls. The building that once housed my great-grandfather’s interior design shop now shares the block with a Vietnamese restaurant and a taqueria/pizza joint.

Fusion cuisine took over in the 1980s. Over at Yoshi’s Cafe, Yoshi Katsumura began marrying French and Japanese fare, serving steak au poivre with wasabi mashed potatoes. During the same era, haute cuisine came into its own. Some chefs like Jean Joho at Everest focused on French cooking. Others like Gordon Sinclair focused on creating an American tradition of highly-honed technical food.

Neither fusion nor haute cuisine have died, but some chefs are pushing past those boundaries. At his restaurant Next, Grant Achatz refuses to focus on a single region. Every few months the menu shifts, moving from Parisian influence to Thai, then Sicily; at times, the restaurant investigates the past, drawing on recipes from Achatz’s own childhood. Stephanie Izard combines foods from across the globe at The Girl and the Goat, smothering Shishito peppers from East Asia in Parmesan cheese from Italy, topping char fished from the Arctic with a Burmese curry, or serving grilled chicken with sides of Middle Eastern tahini and labneh as well as Indian roti.

During the 20th century, mass cultural experiences swept our nation, transcending regional borders, class divisions, and racial lines. Much of the change was driven by technology, especially radio, television, and the automobile. People shared common experiences. Activities that once belonged to the upper classes — vacations, education, etc. — gained tiers so the middle and even working classes could have their own versions of it. My grandparents couldn’t afford to join their wealthier relatives who summered in Door County, but they could take their daughters camping at Devil’s Lake.

Restaurants capitalized on this evolution. Every dive bar had a burger and as Americans’ tastes broadened, the simple burger became an elaborate and inventive dish. RJ Grunt’s added fried onions and blue cheese to the top of their Gruntburger. Yoshi Katsumura made his burger with wagyu beef and topped it with truffle oil.

Larry Levy, founder of Levy Restaurants, built his empire in this rich climate of experimentation. His work has redefined the dining experience of ordinary Americans—from the skyboxes at the old Comiskey Park to Aramark carts at arenas across the country. Larry shows us that Americans can eat well, can eat dynamic and original food, without entering the hallowed precincts of Michelin starred restaurants downtown.

Searching for a Home

The 20th century was an era of displacement. Rural Americans flooded into cities, joining millions of immigrants searching for a better life. People no longer lived in extended families, next to neighbors who had known them all of their lives. Mobility increased, especially after the creation of the interstate system in the 1960s and 1970s. Like many other immigrants, these migrants felt disconnected and displaced, and they searched for places, food, and people who felt like home. Businesses built to meet these desires profited. Some (think Applebee’s) met their customers’ needs through cheap, predictable, simplified knock-offs of a stereotyped homeyness. Others (say Holiday Inn) strove for uniformity so customers could recognize them even if their spaces felt nothing like home.

The most memorable and beloved restaurateurs crafted a home-like experience through their product, ambiance, story, and people. Larry Levy did this at D.B. Kaplan’s by sharing his mother’s six-layer carrot cake with customers. Everyone who walked through their door knew they would be eating a mother’s home cooking, even if it wasn’t their own mother’s. Today, customers’ tastes are evolving again. What they choose will reveal much about who the city—and the nation—will become.

Before 1950, Americans had questionable culinary tastes. This was the era when Jell-O “salad,” cream-of-mushroom-soup casseroles, and marshmallow fluff represented the best of American cookery.

Julia Child, MFK Fisher, James Beard, and their allies spent years teaching Americans how to cook and eat the French way, expanding palates and minds. By the end of the 1970s, they had fostered a new generation of innovative cooks—like Charlie Trotter—who celebrated the American melting pot, while expanding its horizons. Trotter’s eponymous restaurant focused on local food. Through his playful, challenging, and ever evolving tasting menus, he “changed Chicago’s restaurant scene forever and played a leading role in elevating the city to the culinary capital it is today,” former Mayor Rahm Emanuel told the New York Times.

Opening a restaurant is expensive, particularly today: it can cost upwards of a million dollars. Developing innovative cultural ventures requires the synergy of financial, intellectual, and emotional resources.

Restaurant groups coalesced to create this synergy for chefs, entrepreneurs, and the community. The groups are proven and established; they’ve gathered staff, policies, and ideas that work. But restaurant groups have also cost the Chicago market. New concepts and chefs that don’t find homes in one of the established groups can stagnate and fail.

Food trucks have challenged this, but they have not overcome it. Revival Food Hall, a chic take on a food mall, offers another option. It rents its fifteen stalls to local chefs who use the space to feature their best take on fast-casual food.

When coronavirus roared into Chicago in the spring of 2020, it shut down a city in the midst of a food renaissance—with bold, pricey new ventures like Dusek’s in Pilsen competing with the raw dynamism of taco trucks and small food stalls across the city. In danger is the culture of entrepreneurship and innovation that sparked that renaissance.

But this renaissance isn’t the whole story. Even before the coronavirus arrived, Chicago restaurants faced serious challenges. In 2016 Chicago lost more residents than any other metropolitan region in the country, the second straight year of decline. The city lost more residents in 2017 despite a construction boom and an influx of new high-paying jobs. Alden Loury, director of research at the Metropolitan Planning Council, told the Chicago Sun-Times the downward trend would continue through 2030. The somber “good” news for the city’s top-tier restaurants is that more wealthy people are moving in than out; the loss results from slowing immigration, and an exodus of the city’s black, working-class, and middle-class residents.

The downward trend is driven by factors affecting the nation, which is also facing a population decline: political deadlock, tightening immigration restrictions, aging transit infrastructure, concerns about educational quality, rising cost of living, and stagnation of wages, especially among the working and middle classes—the very groups hardest hit by coronavirus.

Food culture evolves whenever society changes. How will restaurateurs in Chicago and elsewhere be affected by this crisis? What new chefs will emerge when the dust settles? What influences and concerns will drive their menus and attract customers?

As we wait to learn the answers to these questions, isolated in our apartments, far from the restaurants we love, there are practical steps we can take to ensure that Chicago’s restaurant culture survives the crisis. You can order take out from your favorite noodle shop. (A new website, Dining at a Distance, will tell you what restaurants are still open and serving food). You can organize a “virtual happy hour” with your friends—with everyone kicking in their tip money to a local bar. And Eater Chicago has compiled a list of fundraisers you can support, donating money if you have it to spare—or by spreading the word on social media.

Restaurants are more than just a place to refuel after a busy day at work. They are spaces where people, both newcomers and those who have lived here for generations, can gather over a plate of food, sharing both a common experience and a bit of conversation. Food is part of who we are; and food culture is something we must preserve. bioGraph is here to help do that. So as we binge Netflix, wash our hands endlessly, and worry about friends and loved-ones, let’s take a minute to reflect on the values—and flavors—that make our city so rich: and let’s tell the story of that city together.

About the Author: admin