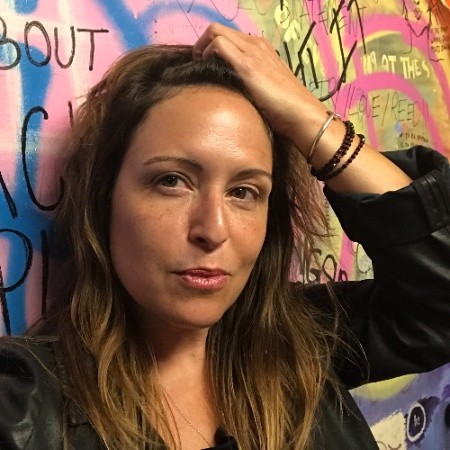 I could tell you about growing up in New York City, singing in the children’s chorus at The New York City Opera and working in a nightclub on the Lower East Side.I could tell you about leaving home as soon as possible, living in a studio with a Murphy bed in Chelsea, a loft in Chinatown with a roommate who stole all the cups. In an apartment owned by Tony Leone who I had to pay rent to in cash each month, sitting nervously at one end of the in-laid gold table, mirror on the ceiling above, grandmother counting out my bills.I could tell you about graduating from NYU, getting work in an office and dying of boredom. My skin turning gray from the fluorescent lighting; my mind turning black from the doldrums of routine.

I could tell you about moving to Los Angeles, a house up Las Flores Canyon in Malibu. My landlord didn’t believe in kitchens or screens. So we had no kitchen. We had no screens. One day his son went for a hike and never returned. The day I moved out, his remains were found with coyote teeth marks on his bones.

I could tell you the story of falling in love and moving to Venice Beach and writing screenplays and TV shows, a tragic, clichéd, Hollywood ending which resulted in falling out of love and moving to Silverlake where a surprise turn led to singing on stage in front of sold out crowds for the next four years until one day, I sold everything I owned and flew on a one-way ticket to Paris.

I could then tell you about living in the 11th arrondissement and how the first thing I was told was not to speak French like Brittney Spears. Three months later I moved to Barcelona. Three months after that to Edinburgh. I spent a month on the island of Eigg—population 87—waking to the smell of fresh bread. Running for miles in the blustery, sheep-laden wilderness. Sitting by fires for supper and after, joining the island’s night owls in a pub on the bay of Laig with the Singing Sands howling in the winds below.

Or I could go even further back and tell you what it was like growing up with the kind of father who built mansions one day and sold used cars the next. A mother who threw telephones through plate-glass doors and older brothers who let me drive around out with them and their girlfriends, me envying the way they rested the length of their arms against the car’s open windows, hands holding onto the roof.

I could tell you what it’s like living the life of a writer but that, I’m afraid, would go against Elmore Leonard’s advice to, “skip the boring parts.”

There are a thousand ways to write a bio, which is really just a miniature form of a life story—a reckoning of the thousands of experiences that have made you who you are, and if you’re very lucky, shed a little light on who you want to be.

Collaborating with a writer on your bioGraphy offers you, the storyteller, the chance to preserve your life experiences in the most exhilarating way. You, in essence, become a movie director, laying out the acts scene by scene, as the writer digs deeper, finding connections between moments long forgot, discovering significant supporting characters and unearthing all the grit, glamour and gravitas in-between. There is no better gift you can give future generations than to place your history in their hands.

Deborah Stoll’s work as a journalist has been featured in The Economist’s online magazine, 1843, the LA Times, the LA Weekly and Punch Drink. Her short stories have appeared in Slake, Swivel and Fresh Yarn, and her collective work as a content creator and animator has more than one million views on YouTube. Her first book is forthcoming from Harper Wave, summer 2020.