Skip to content
Home>The Journal>Not the Voice but the Ear Commands the Story: Italo Calvino on Voice and Audience

Not the Voice but the Ear Commands the Story: Italo Calvino on Voice and Audience 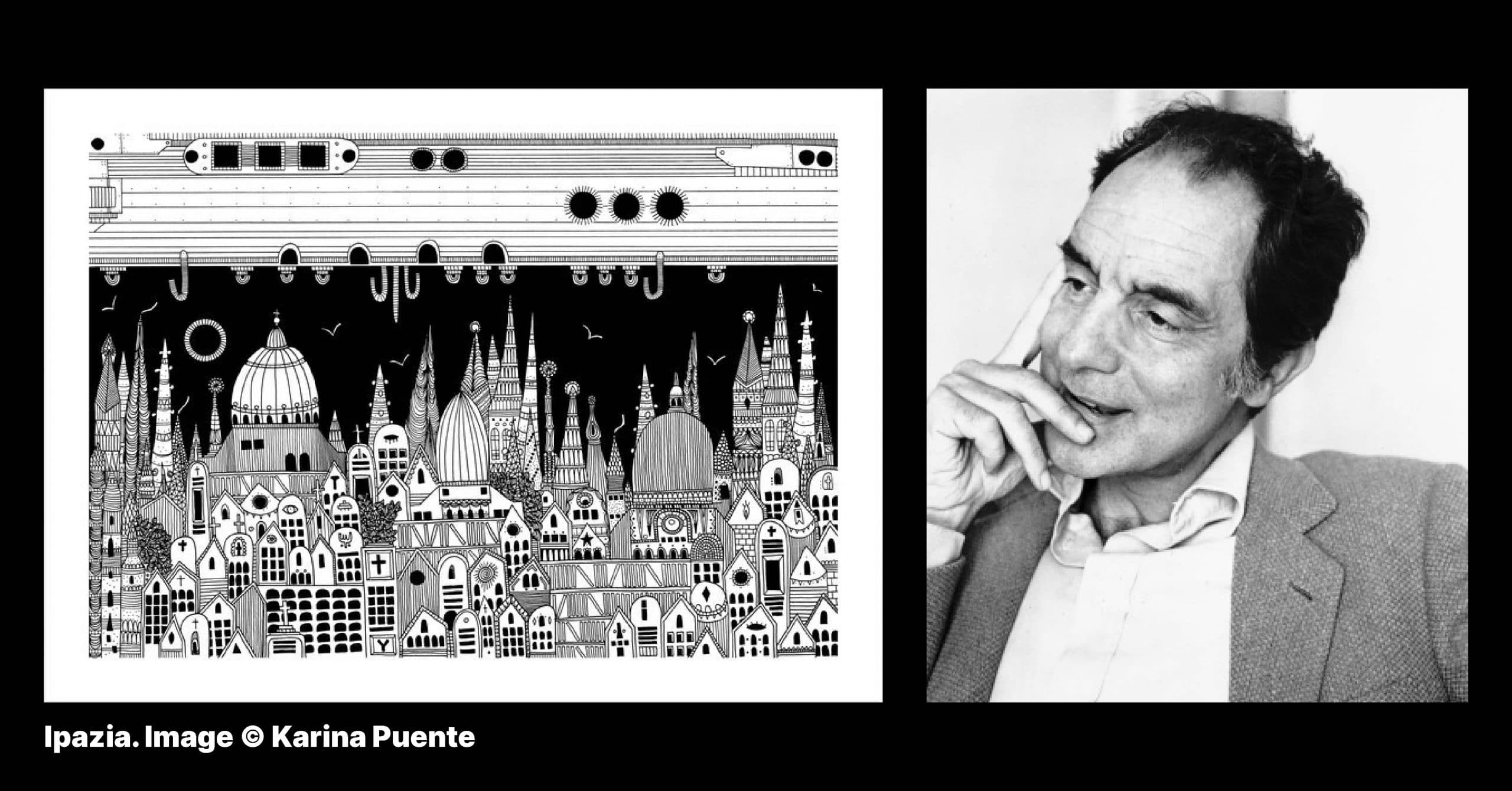 Picture the scene: the aged emperor Kublai Khan, his pride beginning to droop. And standing before him, a Venetian explorer, Marco Polo. Polo has come at Khan’s request to describe the cities of his kingdom—cities that Khan has conquered and forgotten. “Khan does not necessarily believe everything Marco Polo says when he describes the cities visited on his expeditions, but the emperor of the Tartars does continue listening…”

Such is the set up for one of the strangest—and most beloved—works of twentieth century literature, Italo Calvino’s Invisible Cities. As the book unfolds, Polo describes city after city: Leonia, which “refashions itself every day: every morning the people wake between fresh sheets, wash with just-unwrapped cakes of soap, wear brand new clothing…” Or Irene, “the city visible when you lean out from the edge of the plateau at the hour when the lights come on.”

There isn’t a plot to the book. There’s just the sheer magnetism of Polo’s descriptions—and Calvino’s imagination, presenting city after city, each miraculous, surreal, and beautiful. You don’t want a plot: you just want Calvino to go on forever inventing these impossible places. His voice is, simply mesmerizing.

So why is Marco Polo so down on the power of the voice and of storytelling? Midway through the book, he offers the following meditation on his own limitations:

‘I speak and speak,’ Marco says, ‘but the listener retains only the words he is expecting. The description of the world to which you lend a benevolent ear is one thing; the description that will go the rounds of the groups of stevedores and gondoliers on the street outside my house the day of my return is another; and yet another, that which I might dictate late in life, if I were taken prisoner by Genoese pirates and put in irons in the same cell with an author of adventure stories. It is not the voice that commands the story: it is the ear.’

A storyteller, Polo complains, can only tell the story the audience expects to hear. Even if he tells the same story over and over, the reader will hear Polo’s tale one way; the men working on the docks, another way. In this sense, a story is itself like one of Calvino’s invisible cities. The city of story is a mirror, which reflects, perfectly, the traveler who strides through its gates.

Polo is frustrated, melancholy, unnerved by the way stories change with their audience. Calvino? One suspects he might feel differently. Born in Cuba in 1923 but raised in Italy, Calvino was one of the great pranksters and rule-breakers of 20th century literature. His 1979 novel If on a Winter’s Night a Traveler, for instance, is about a reader trying to read a novel called, If on a Winter’s Night a Traveler.

It’s probably unfair to call Calvino a popular writer, but he is a cult favorite. There’s a spirit of fun, of play, that runs through his books—and that’s notably lacking in the work of some of his peers. If the paragraph above makes you shudder at the thought of reading another obtuse, obscure postmodern novel, think again. Calvino’s writing is light and approachable. It’s also weird, exciting, and utterly original.

How does he pull that off? It’s not so much a matter of technique. Rather, it comes from his attitude toward his audience. Calvino doesn’t think of his readers as school children, who sit politely (or, more likely) fidget as he drones on and on. Rather, his readers are adventurers who journey alongside him into unexplored literary territory. If he is Marco Polo, the great explorer, then we, his readers, are granted the pleasure of riding alongside him for a leg or two of his journeys.

As Polo argues, the audience has a lot of power over a work of literature. Often, they’re the ones who determine what something means. Polo imagines this as an opposition, a battle between voice and ear. But it doesn’t need to be that way. The author’s voice and the audience’s ear might work together, co-creating a story. Calvino shows us what that might look like. His work is utterly his own. And yet it also feels open and inviting: as though he’s made space, in advance, for your ears. As though he’s happy to let you hear whatever you might hear in his story.

Biograph helps you strike a balance between voice and ear. Our app can help you “find” and create your voice. It guides you to record your life, explore the depths of memory, and recreate yourself as a daily, weekly, or monthly practice.

But it can also help you adjust and adapt your words for specific audiences. Sometimes, that’s a practical matter: we can help you turn a reflection on a family photo into a unique and memorable birthday card, with hours to spare before dinner even if you waited to the last minute again.

It’s also perfectly fine not to start with a specific goal or occasion in mind—remember, it’s often helpful to focus on process, not product. After a session with the Biograph app, you’ll have a foundational voice-made text, an audiovisual experience saved for quick, easy reference and repurposing—all for free.

As you read or listen back, you shift roles: no longer the voice, you become the audience, the ear. Listening back to your recordings, sorting through your transcripts, you have a chance to hear yourself before anyone else does—before the stevedores and gondoliers. And you have a chance to examine your own writing from a distance, as an audience member: to see its beauty and possibility; to see equally, its capacity to grow.