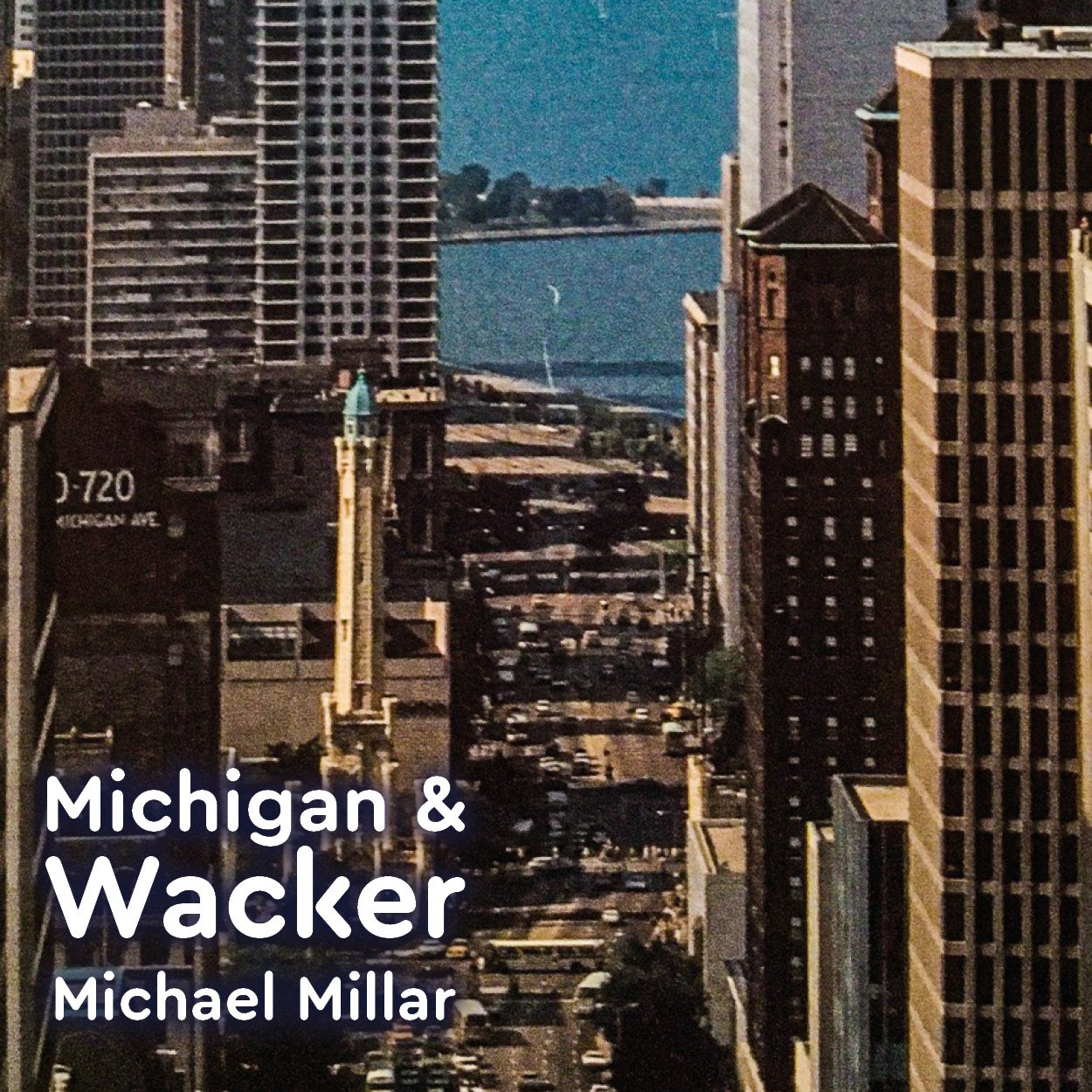 It’s the intersection of a couple of storied streets in Chicago: Michigan Avenue and Wacker Drive. One is the only street in Chicago that is both north-south and east-west. The other, is the gateway to the Mag Mile, Grant Park and so much else.

Back in the Summer of 1981 it was the intersection where opportunity knocked for me. I was an intern working for the Chicago Convention and Tourism Bureau. A dream job for me to promote the Big City, My Kind of Town.

On any given day there were opportunities for me to be a sponge, learning and experiencing as much as I could whenever I could.

Earlier in the week, I accompanied a well-known, high-priced photographer to the rooftop of the Marriott hotel to get an iconic shot of Michigan Avenue looking north to the Water Tower. The photos he took, from dusk to sundown to starlit night, were all magnificent—befitting the name for the street.

Yet they weren’t the iconic shot that the head of the bureau sought for a brochure cover.

With a borrowed camera, a roll or two of film, and a friend who worked several stories up at a building at the corner of Michigan and Wacker, I set out to defy the odds. I literally hung outside the window on the west side of the building in an unused conference room. A straight shot up Michigan Avenue. I filled the roll with snapshots and then returned to the office.

It wasn’t until weeks or months later, when I returned to visit the Chicago Convention and Visitors Bureau that I learned that my photographic work, at the corner of Michigan and Wacker, had in fact been used as the cover to a welcoming package the Bureau handed out. In the supply room was a skid with reams of these covers with a photograph that welcomed people to Chicago.

What a rush. An intern with a can-do attitude making $25 per week, and I captured the iconic picture that a professional photographer couldn’t.

Michigan and Wacker. My kind of corner in my kind of town!