When I was a young child in the early sixties, I loved to go downtown with my parents. I loved the mystery of it all. The Gothic architecture in the canyons of the Loop was exciting. The great shadowy corners were an adventure waiting to happen.

My father worked in the Loop and would sometimes take me to his office on Saturday. We’d stare out the office windows at the cars and people. We were on the second floor at 73 West Monroe and faced the original First National Bank building (now Chase Tower Plaza). On Monroe Street between Clark and Dearborn, the city changed before my eyes.

In the late 1950s, there were big plans for the Chicago cityscape. Not all the old Gothic buildings were going to survive, especially the midrise terracotta and brick office buildings. Theaters that had once welcomed vaudeville were shuttered; plans were made for modern use of the precious downtown land. The City Council created stringent zoning laws to discourage the shadowy canyons of LaSalle Street.

From that point forward, skyscraper office towers required a certain amount of surrounding open space. There would be plazas to encourage pedestrian traffic and places for workers to enjoy fresh air after spending their days inside. Even if the new structures didn’t have windows that opened, at least there would be access to the great outdoors on your coffee break!

Construction of the new First National Bank Plaza began around 1966 at the block formed by Monroe, Dearborn, Madison, and Clark. All through the demolition of existing structures and construction of the new plaza, I stared out the window of my father’s office. It was a jolt to see all the open space, and hard to imagine how it would be welcoming, but I was just a kid without much imagination. As it took shape, the plaza became more appealing with a fountain, multiple levels, and plenty of places to sit in the sun!

By this time, the city had already accepted the gift of a mammoth sculpture by Pablo Picasso to grace the newly designed plaza at City Hall. Chicago was among the first cities to embrace public art in open spaces. Ultimately, we would celebrate Calder, Oldenburg, and more—but the crown jewel is the Chagall mosaic, whose creation I followed from start to finish on Monroe street. 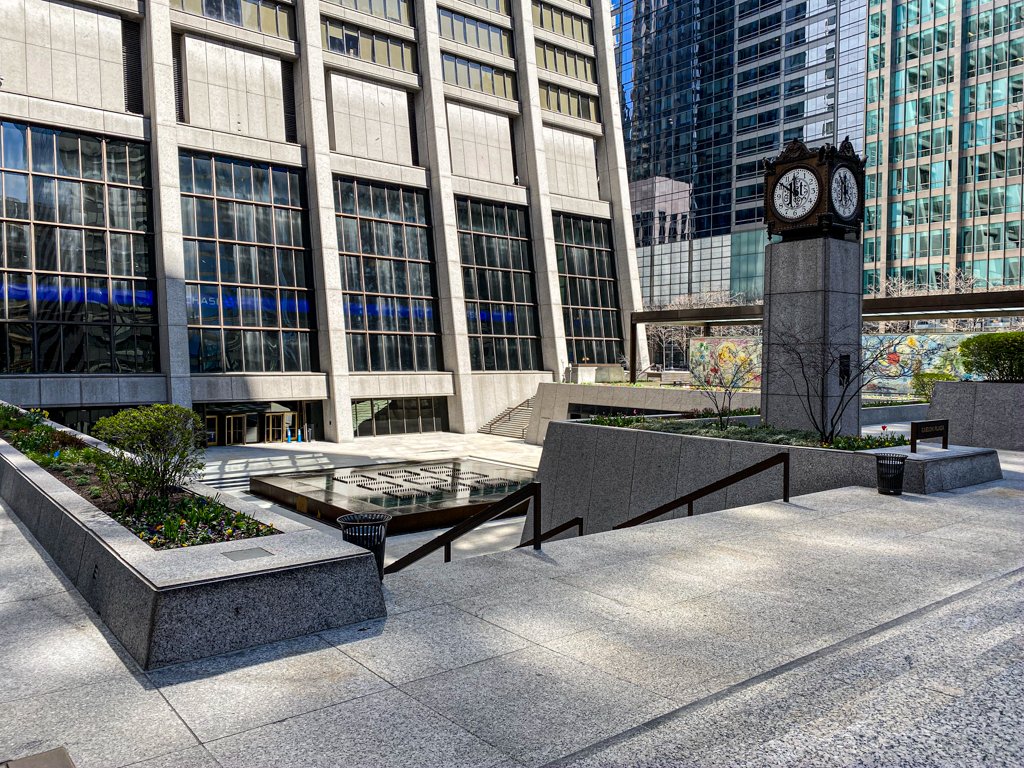 The First National Bank Plaza was the beneficiary of the most unique mosaic installation in the world. Around 1970, Marc Chagall began the masterwork that he would call The Four Seasons, which every school child, street sweeper, art lover, and homeless person could enjoy 24 hours a day. I couldn’t stop staring out the window at the assembly of this amazing work of art.

The Four Seasons still takes my breath away. The city has restored it over the years, and a canopy now shields the delicate colors from fading in the blazing summer sun. I love that block of Monroe Street even more now than I did as a kid. What a special city Chicago is, using art to combat sterility and bring beauty into the lives of its hard-working citizens. 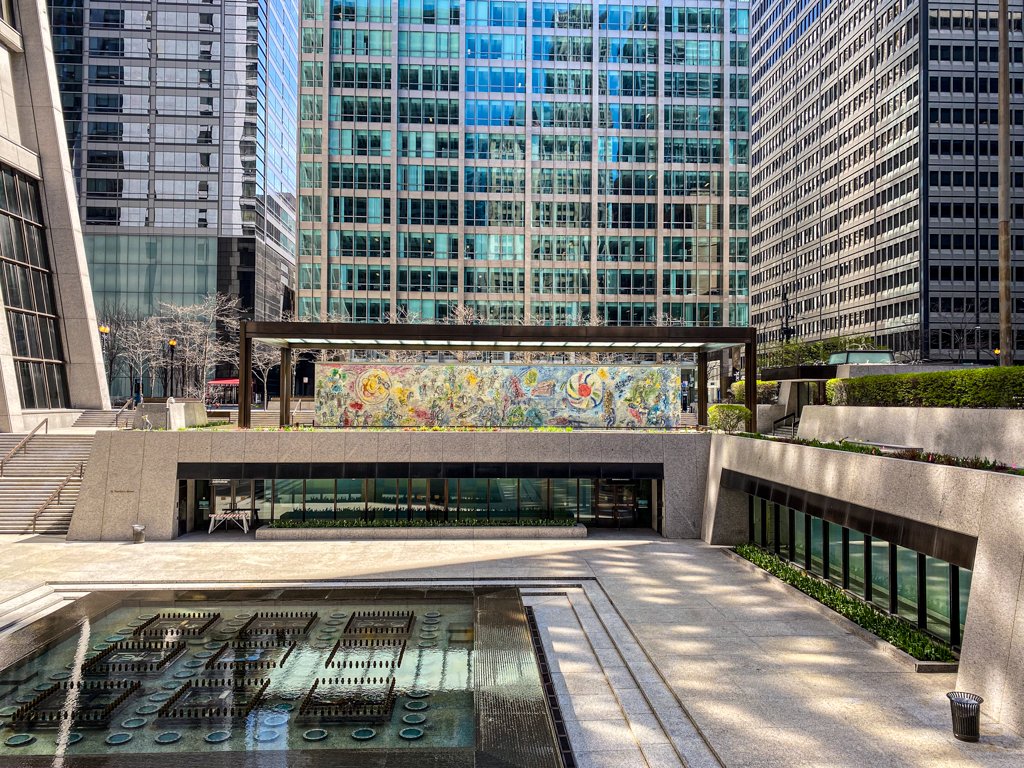 It reminds me of the graphics our clients develop. So many designs go beyond a simple advertising message, including a piece of public art we installed in Goose Island. Graphics stir emotion. I am no Chagall or Picasso, but Cushing strives to add our splash of creativity to Chicagoland.

Cathleen Cushing-Duff is the president at Cushing, a printing company located in River North. Below are some historic photos from Cushing’s 90 year history: 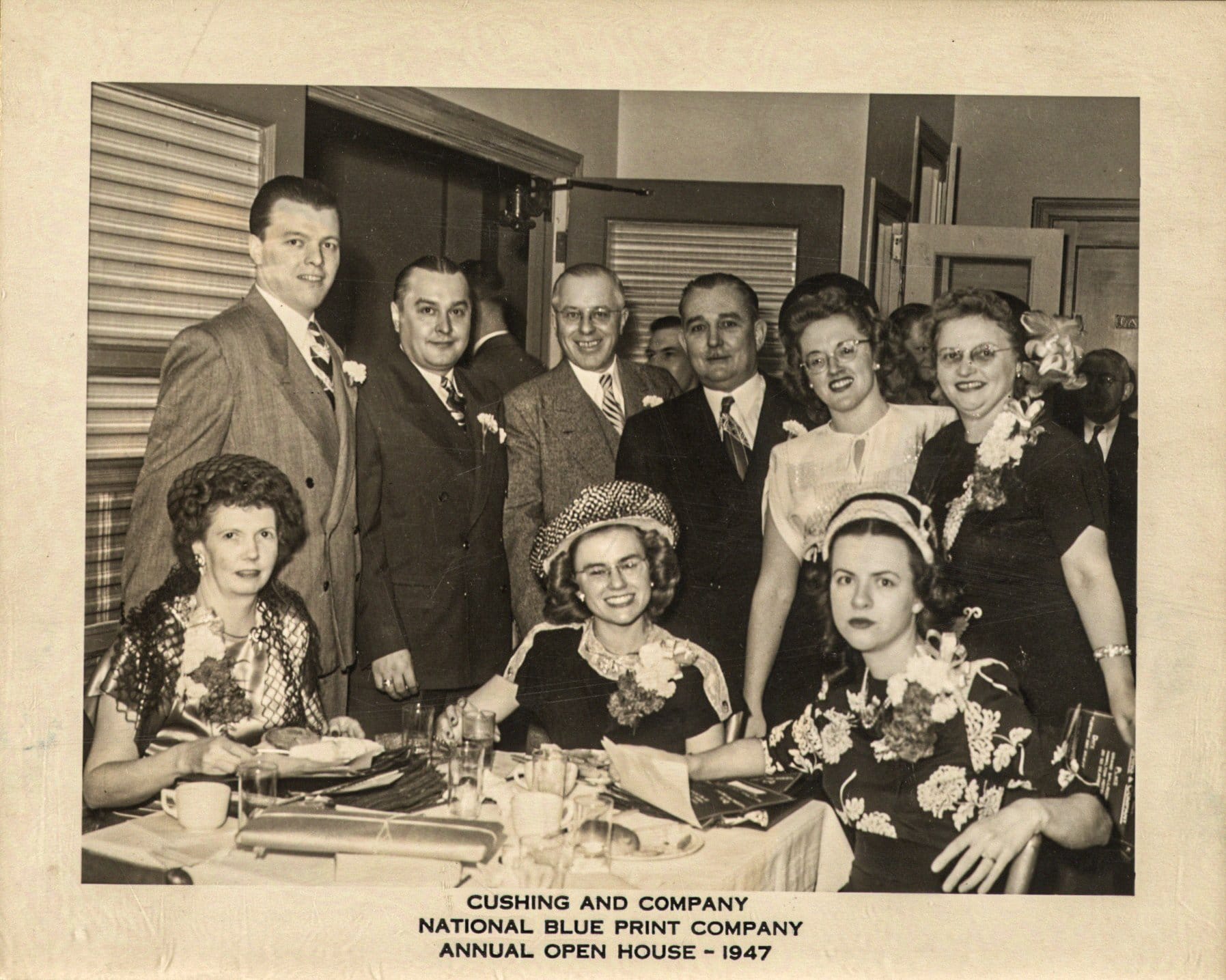 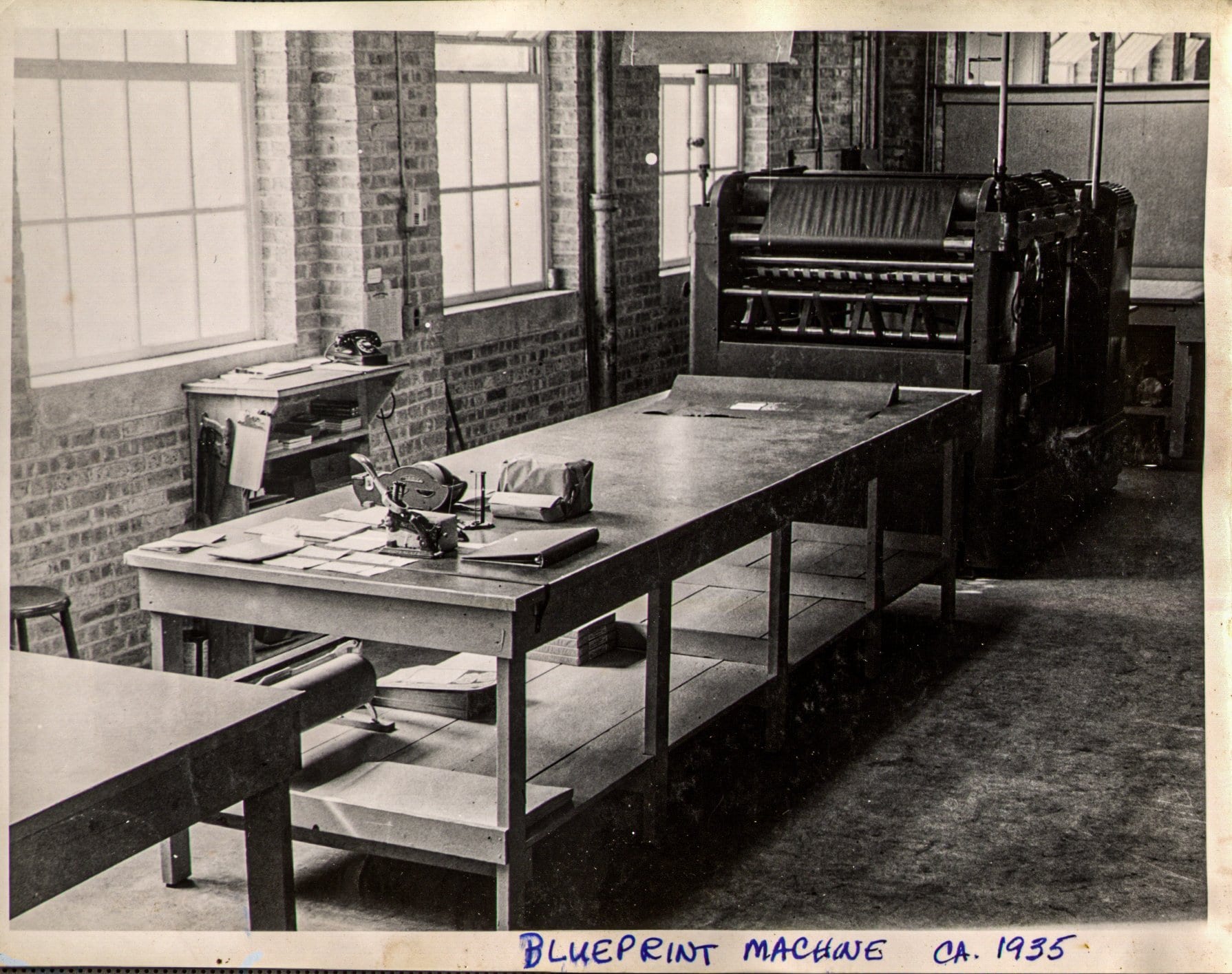