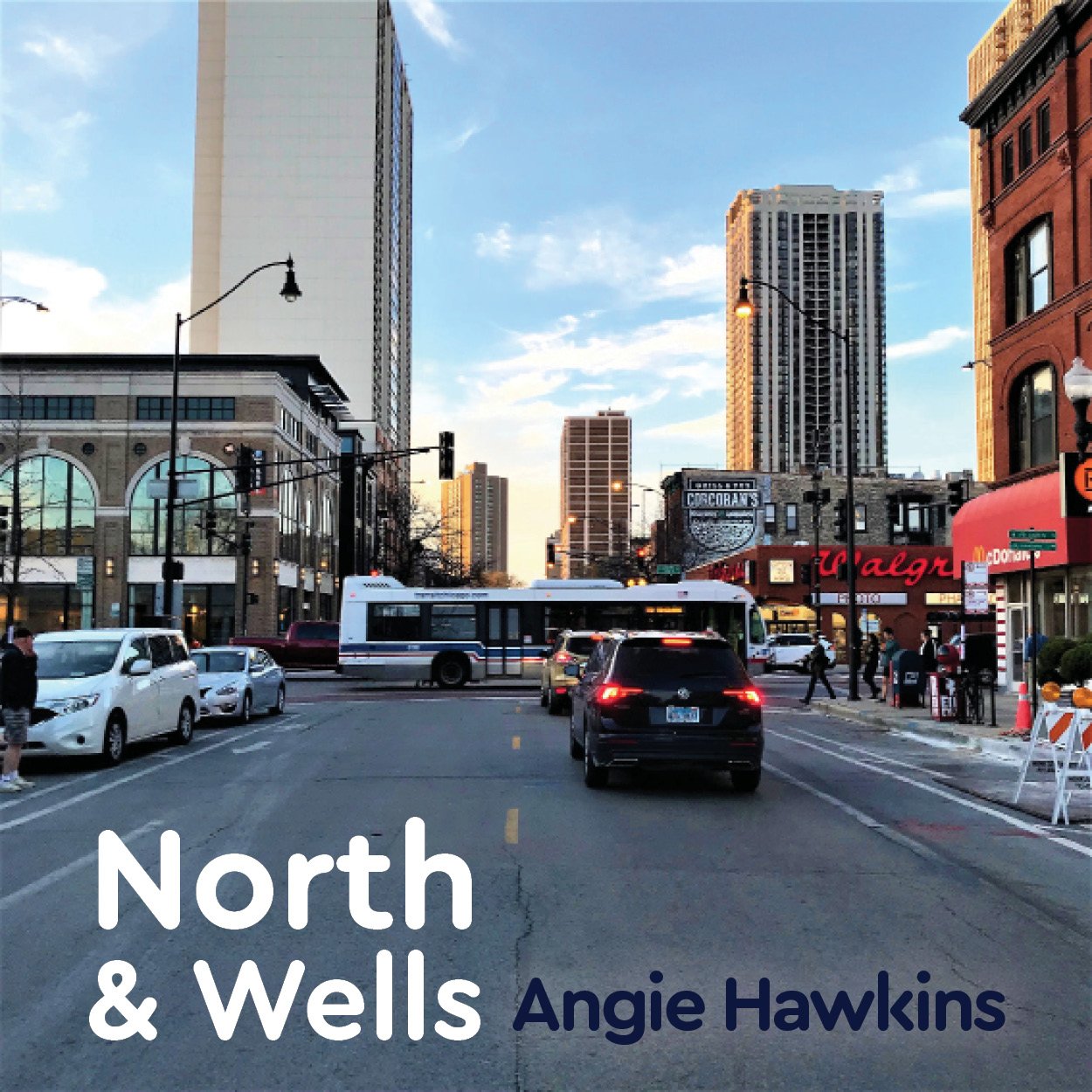 I’m standing in line at the Walgreens on North & Wells where a few infamous ‘Tylenol Murders’ bottles were purchased in 1982. As always, there is a diverse collection of city residents inside and outside the store. There are never enough cashiers, so I pass the time by observing and creating my own backstories of who all these people are and how they came to surround this single queue, lined with impulse items such as Snickers and celebrity gossip magazines. The magazines remind me of a time when there was a magazine shack outside of the store on North Ave. Like how old songs can trigger intense, specific memories, the smell of burning incense coming from the shack on Sunday mornings would bring comforting memories of yoga class. The nostalgia stings my nose as I walk past the CTA bus stop now in its place.

Across Wells Street from Walgreens is Piper’s Alley. In the 60’s Pipers Alley was a hippie haven and actually an alley. These days it is the stereotype of gentrification: Starbucks, Gym and Chipotle. It was in that same building where my soul started to feel at home for the first time in my life. I reclaimed my love of writing with the sketch comedy writing program at the Second City Training Center. Laughter is the best medicine and it helped my heart heal from a devasting breakup and my dad’s passing. Initially my chest was a gaping, open wound but through writing, laughing and making fun friends, I slowly began to heal. With each quarter mile walk back and forth to class through all four Chicago seasons (Winter, Winter, Summer and Fall), I healed a little more until after a year I was a brand new me.

These days the walk to Piper’s has a new view: an oyster bar at the bottom of a newly constructed apartment complex. I feel resentment building. It ruins the charm of the neighborhood. And why are they building a hotel on top of O’briens? Why is this upsetting to me? Because the new construction is ruining the comfort of the neighborhood! But is it? The neighborhood is growing in the same way that I am growing and maturing. Instead of resentment, I now see it as my internal growth and new beginnings reflected in my external surroundings. As I come to this level of acceptance, a homeless man, who has been roaming Wells Street for a least 5 years, asks me for some change. The nostalgia stings my ears and, for the first time ever, his request is comforting.