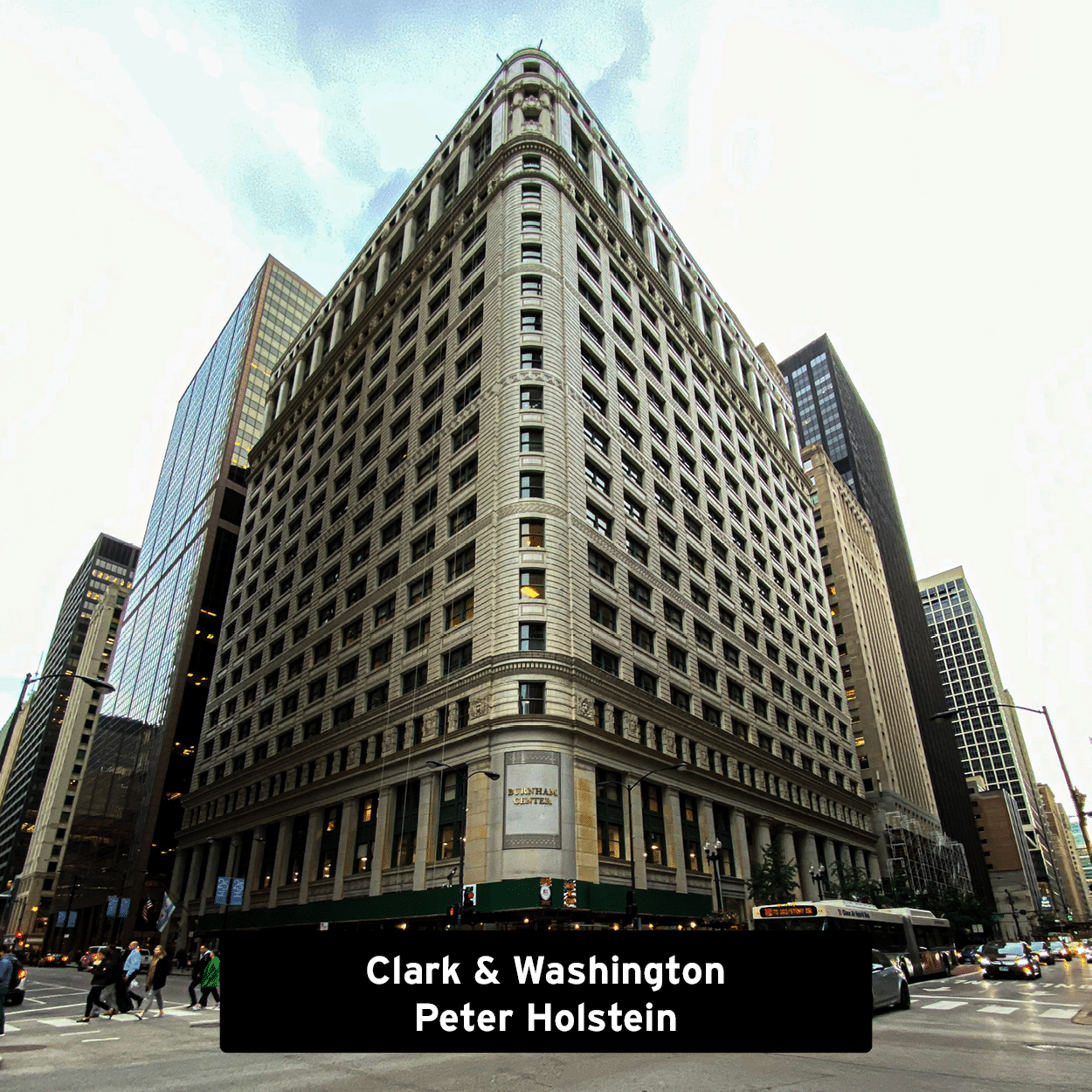 The story begins in a basement at the corner of Clark and Washington. Even better, in the Torrens Vault of the Cook County Building. The vault is tantalizingly archaic and contains thousands of handwritten corner stories going all the way back to the beginning. Lines and lines which once passed as everyday penmanship now to us post-millennials resemble royal calligraphy.

Across the street, at the same corner of Clark and Washington, is the Burnham Center, named after Daniel Burnham of the Columbian Exhibition and Great Plan for Chicago. For decades, the Burnham Center was home to the Chicago Title and Trust Company—a 150-year-old franchise built on the premise of charging a small fee to insure that the delicate scribblings taken down in the Torrens Vault were indeed what they said they were. Convenient to share the corner, no doubt. Not so convenient that this building also has a basement. And a sub-basement. And a sub-sub-basement. 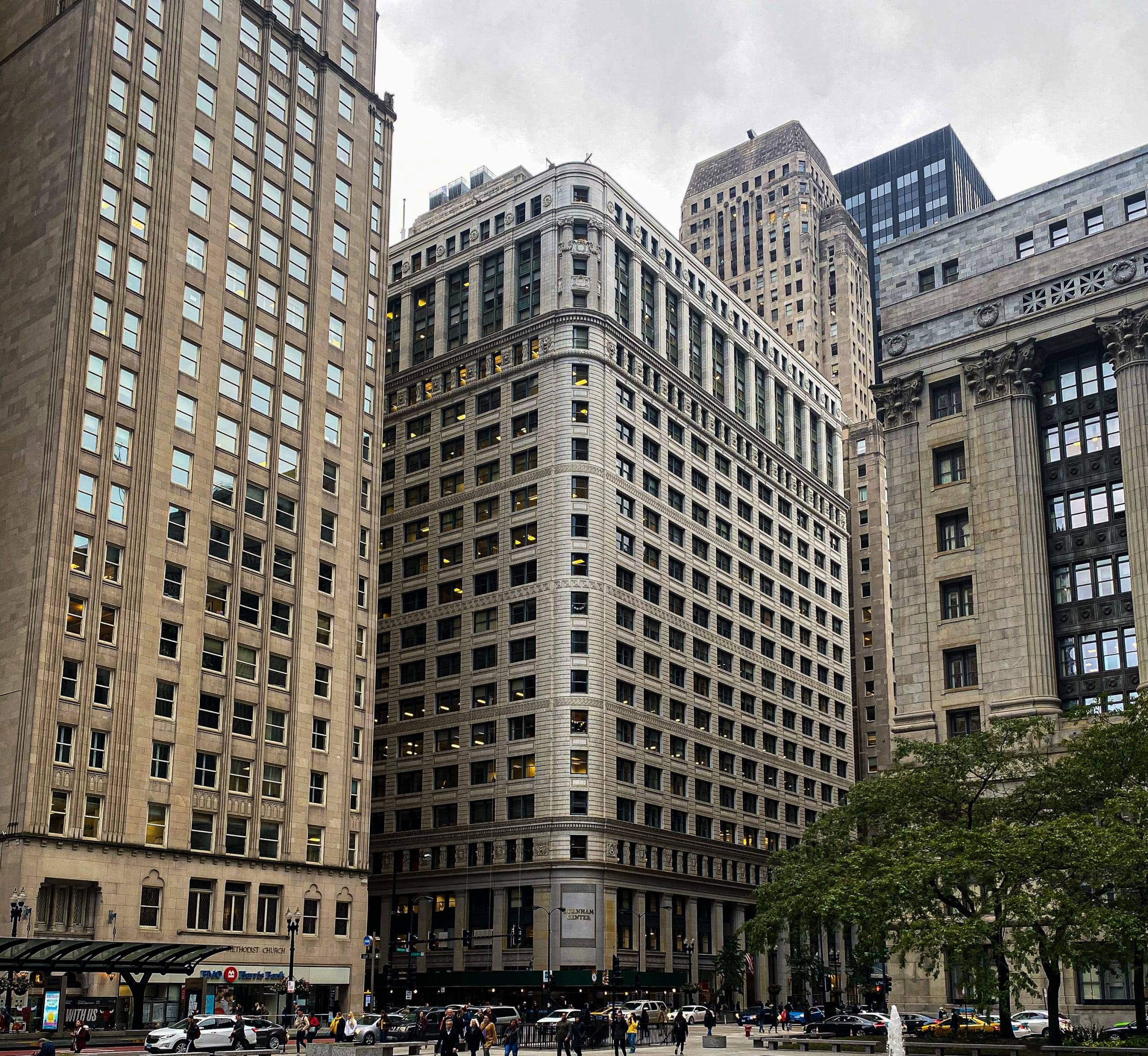 Two more things to keep in mind: a fire and a flood. Yes that fire—the Great Chicago one that began with Mrs. O’Leary and her cow in 1871. And yes, that self-inflicted flooding of the Chicago River that filled the Loop with an estimated 250 million gallons of water in 1992. After the fire, Chicago Title started keeping a second copy of the Torrens Books in the basement of the building—nearly identical tomes filled with the elaborate stories of who sold what to whom, along with the particulars of when and how. After that second disaster in 1992, Chicago Title decided to move those books to a satellite office on the corner of Van Buren and Jefferson.

While I was touring the building in 2009, the manager of this otherwise unremarkable outpost offered to show me one of the old handwritten ledgers. She nonchalantly grabbed a book, quickly opened it midway through, and landed her finger on the page. The grin on her face said it all: there was something special at hand.

In that dusty ledger laid down long ago was the land transfer to Patrick O’Leary, husband to Mrs. O’Leary and master of the lamp-kicking cow. Eerily, out now comes a map of the city dated 2009, and on the former O’Leary farm, there sits the Chicago Fire Department Training Academy. Turns out to have been part of a larger parcel long ago taken by eminent domain under the guise of interstate highway construction, eventually passed back and forth between the city and the feds. But that’s just another day at the office in the time of Rostenkowski and Richard J. Daley. And for a couple of guys from the neighborhood who knew how to make a metropolis work, a modern-day fire academy was the perfect opportunity to memorialize the flash point of the city’s great conflagration.

Why this trip across these particular corners? Well, Chicago’s a place where a corner isn’t just a corner. Every corner has a thousand stories, each intersecting with countless others, a grid across the land and down through the eras. Without ‘em, we’re just another town, but with ‘em, well, we’re Chicago.

About the Author
Peter Holstein is a partner at Middleton Partners, a Chicago-based investment firm active in both commercial real estate and lower middle market manufacturing, distribution, and service companies. He has been a real estate investor & developer for more than 25 years. 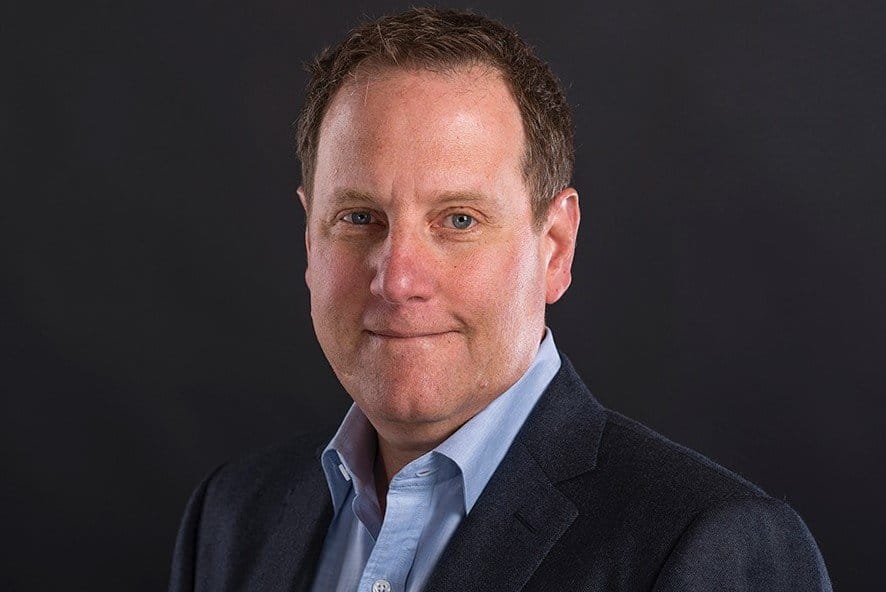