Seven miles away from Stone Baptist Church, another church sits flanked by 33rd Street and Indiana. Its walls are burned out, the roof entirely gone, and its interior gutted. It once was a majestic synagogue—Kehilath Anshe Ma’ariv, designed by famed architects Louis Sullivan and Dankmar Adler in the 1890s.

Students cross the street, late to class at one of the several colleges and schools dotting the Bronzeville neighborhood, too hurried to stop. They don’t give the crumbling building a second glance. Three of the main walls of the original base structure stand rigidly up from the earth, their remains bolstered by supports on each side, wire fencing surrounding the area with plastic signs reading: Coming soon: National Museum of Gospel Music. But it’s been coming soon for years, a couple of girls say as they cross the street toward home. At least it’s been saying that since they moved here last August.

The church is now called Pilgrim Baptist Church—has been since the 1920s when the Baptists moved into the building. It’s a bit of a landmark, if the banners hanging from light poles along Indiana Avenue are any indication. It’s the birthplace of modern gospel music—Thomas A. Dorsey directed music and Bessie Coleman graced the pews. It stands tall and forgotten now. A behemoth that is difficult not to notice—yet passersby barely seem to, inured to the ruins or fixated on their own lives.

The congregation moved across the street into a small brick building that reads, “Pilgrim Baptist Church,” awaiting the reconstruction of their old home, but the community wonders if it will ever happen. “I see a couple people come every few years. They come every blue moon and they never come back,” says a local security guy chatting with his Pepsi delivery buddy a few paces away. His name is Maurice. He grew up in Statewide Gardens, the projects that used to sit just a few blocks to the west and south of Pilgrim Baptist before they were demolished in the early 2000s—a neglected hotbed of poverty, drugs, and violence. A place the city left to fend for itself before it got too bad even to let be. “It was beautiful…they wasn’t calling it the projects then,” Maurice recalls when Stateway was new. “When the crack came it was over with, it was like zombie town.” He used to carry forks with him to and from school, to fend off the kids and gang bangers that would chase after him. He was in jail when his brother got shot in the head, so he missed the funeral services. But he got out of the gang culture early. “Everyone I know that was an OG (original gangster), they got jobs now.”

He was there during the fire that gutted Pilgrim Baptist Church in 2006. The fire was so hot, it shattered the windows in the building across the street, he remembers. They were there until 10:00 or 10:30pm putting the fire out. Later Maurice and others went in and boarded up the empty windows lining the street on the other side. You can imagine the chaos and noise–even on a quiet, sunny peaceful afternoon like today, the only sounds the rush of traffic and the occasional helicopter overhead.

Maurice opens the large industrial door for the UPS guy that has just arrived at his work. “Chicago is divided…you want me to tell you how it’s divided? By race.” He looks around. “I just started seeing white people on the south side, and I’ve been here my whole life.” 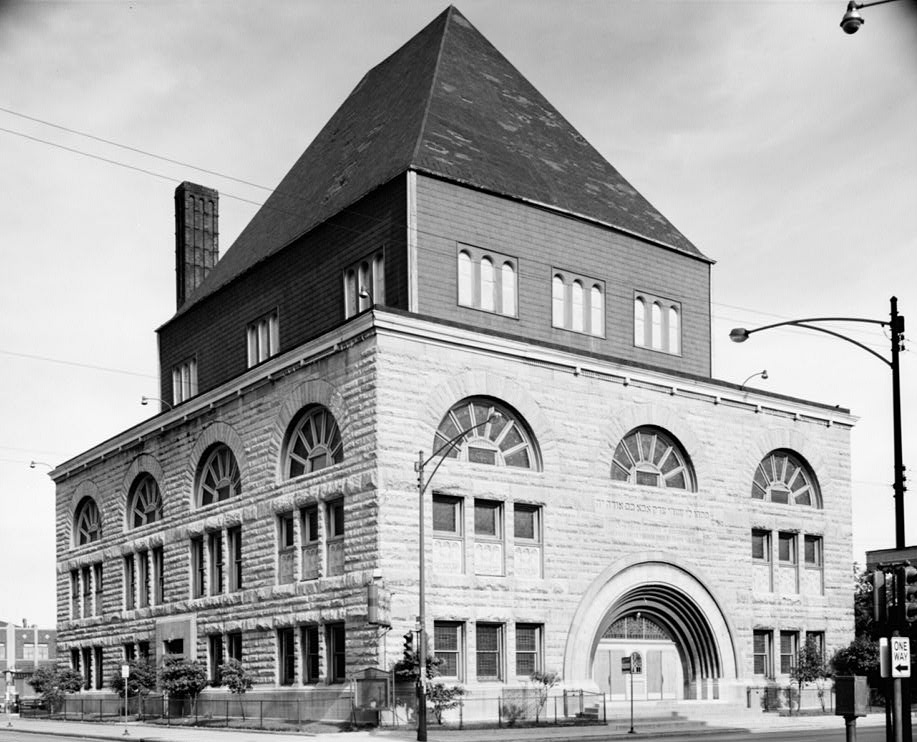 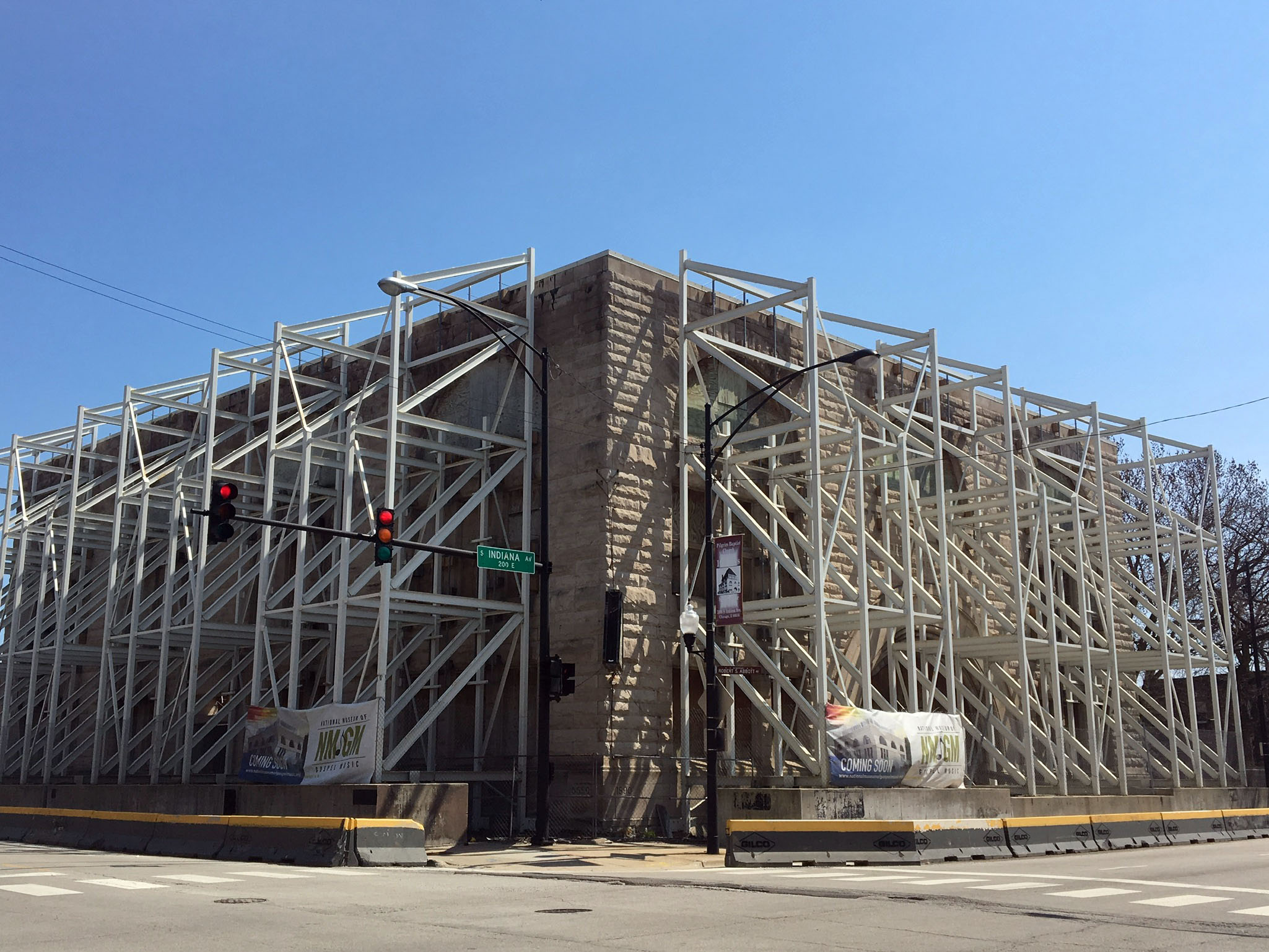 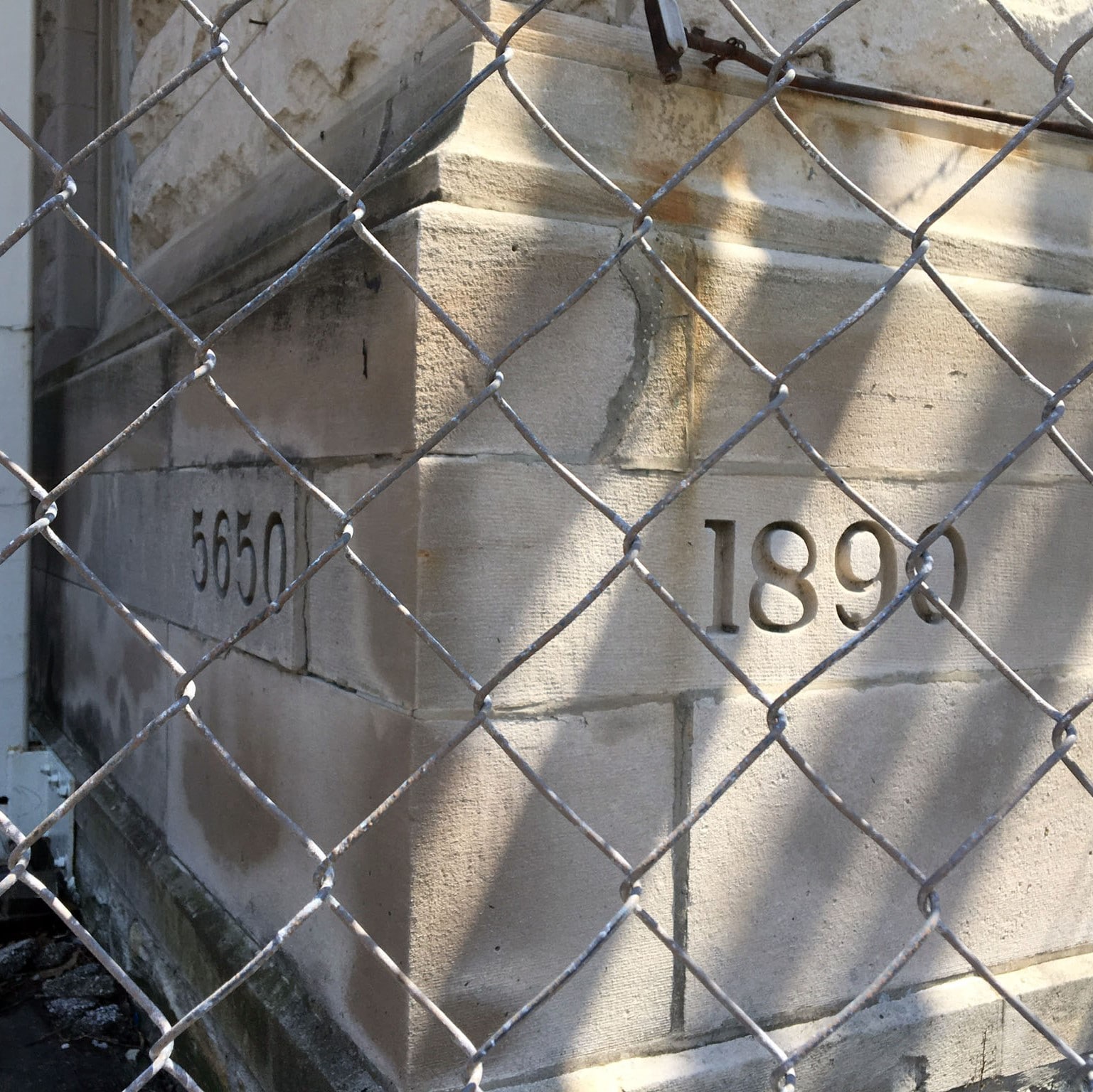