The clouds lazily tumble across the sky—as though they too are slowly soaking up as much sun as possible. It is a brilliant morning, the kind of Chicago April day that makes you forget about the bitter cold, ice, and cutting wind you’ve endured for the last four and half months. Cutting into that brilliantine sky is Stone Temple Baptist Church, its facade of heavy stone a testament to the resilience of this community and this space. Six orange doors stretch across the entrance to the edifice—at once bright against the dull grey-tan stone, yet somehow tired and faded-looking.

I imagine these doors have seen a lot, standing alert at the entrance to this once First Romanian Congregation synagogue, built in 1926 as a house of worship. The footsteps of people like Golda Meir—who would become the Israeli prime minister in the 1970s—once echoed on the stone steps. A carved torah and menorah grace the top and side of the building, and blue stained glass Star of Davids still fill the windows above the door, but the building now serves as a Baptist Church, purchased from the synagogue in the 1950s when the Jewish community decamped for the suburbs.

It is a quiet scene—a few people sitting on benches or wandering in the stretch of grass that serves as a pseudo-park between east and westbound Douglas Boulevard. It’s called Independence Square—a kind of throwback to the days when Martin Luther King fought for freedom on this block; and even further back to the days when North Lawndale was the Little Jerusalem of Chicago, a safe haven for Jews escaping persecution in Europe.

The now primarily Black neighborhood hasn’t gotten a good rap in past years. “After the riots—the late 60s riots—the entire west side was left alone by the city, so there were a lot of slum lords around that let buildings go into massive disrepair, and the communities were considered completely unsafe… they still have that reputation unfortunately, but it was even worse then,” says Elvie Rodriguez, brushing the fragments of dirt off her hands from the tree well she’s been weeding in front of Stone Temple.

The church is still a place of peace, a space for prayer and healing, for welcoming the needy and broken; a refuge from the violence of the streets and gnawing grasp of poverty and drugs, explains Pastor Reshorna Fitzpatrick, seated behind a desk in the basement of the nearly 100-year old building. She is the wife of Bishop Derrick Fitzpatrick, the grandson of Reverend J.M. Stone—the original pastor of Stone Temple, who welcomed Martin Luther King into Chicago and into the pulpit of Stone Temple in the late 1950s for what would be the start of the Chicago Freedom Movement.

Rodriguez has been a resident of North Lawndale for eight years—relocating here when pricing pushed her out of her Pilsen neighborhood. She’s meeting with Reshorna Fitzpatrick and others today to discuss starting a community garden in the vacant lot next to Stone Temple.

The garden is going to serve as a space to help feed and serve the community, but beyond just growing plants, its purpose is to be an interfaith garden that combines the history of both the Jewish and African American roots of this neighborhood and serves as a place of peace and understanding. A meeting ground for different parts of the community to come together.

It’s difficult to imagine this empty lot as a garden. A few rusting, broken down cars ornament the corners, the middle sunk in and dotted with puddles and mud. A block away, a homeless man struggles with his overladen shopping cart, pushing it across similar empty lots bedecked with trash as well as puddles. But as Pastor Fitzpatrick works the shovel, you are reminded once again of the resilience of this church and space. 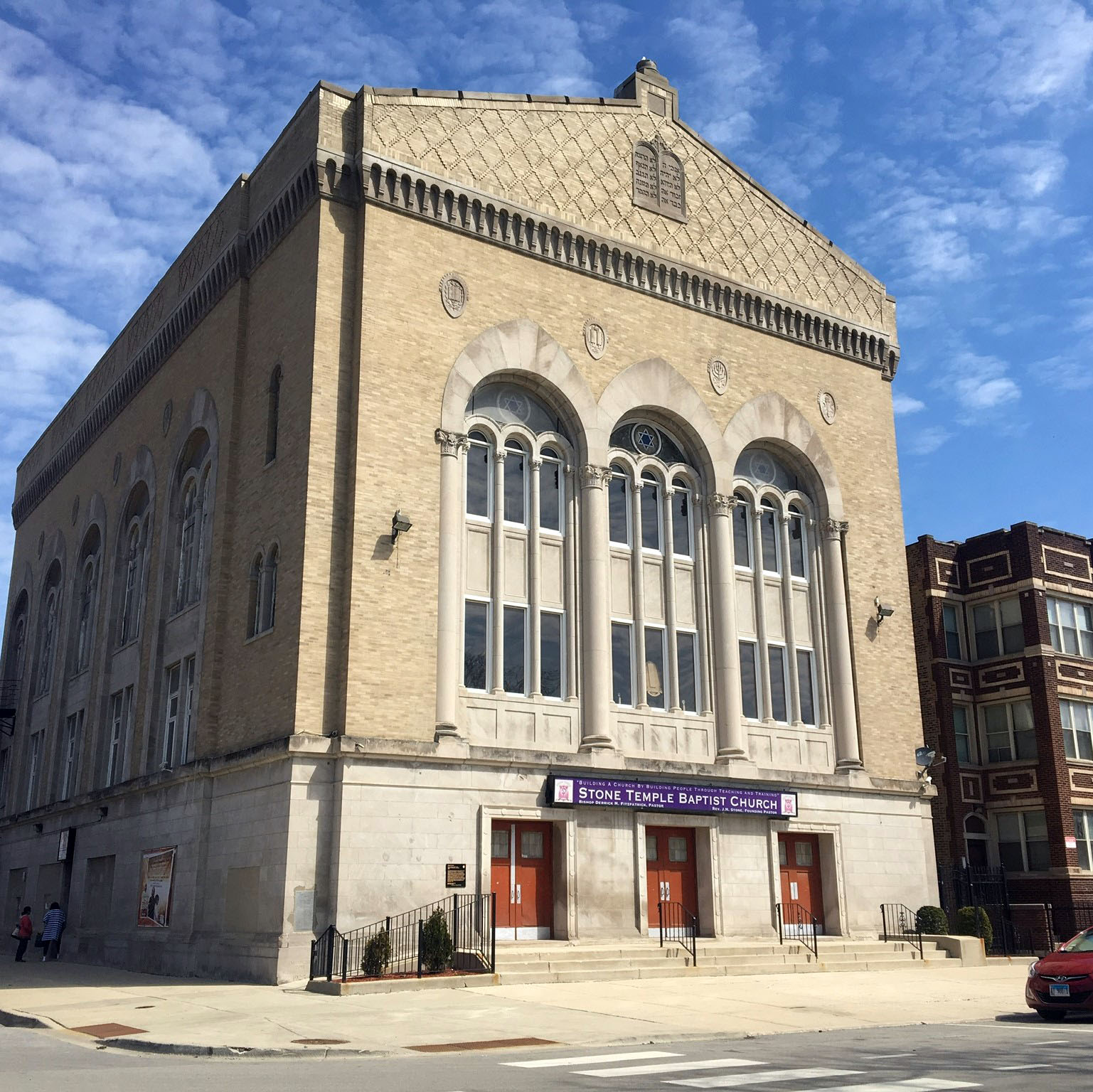 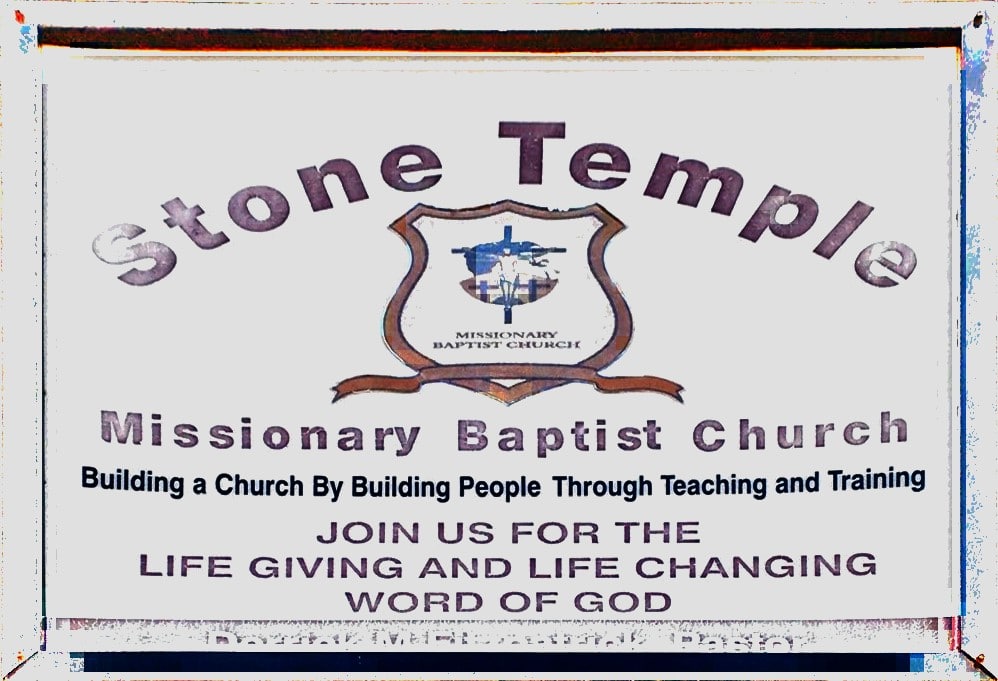 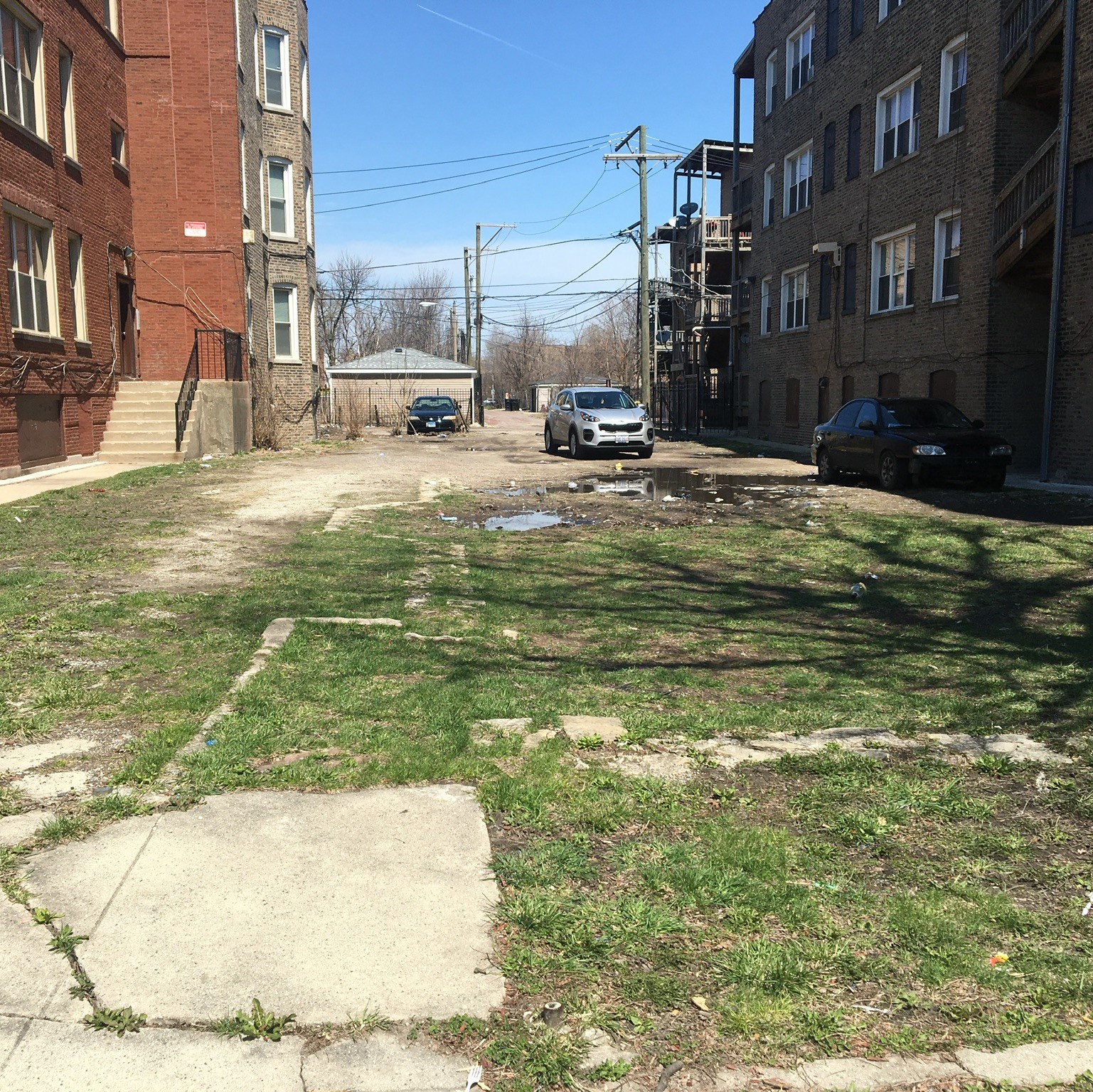