I’m from the South Side. I work at the Museum of Science and Industry. I’m just getting off my shift and heading home. Gonna take the scenic route and enjoy some of the sun―you know it’s been a while since we had a nice day that actually stayed nice. 46 years I’ve lived all over [Chicago]. I used to live in this area, as a matter of fact, when I was 19 I stayed in that yellow―or light brown―brick building. That was my first apartment. I worked down the street at what used to be known as the Hyde Park Co-Op, and then it was changed to Treasure Island, which is no longer there. It’s changed quite a bit, like for instance, the garden―well everybody calls it the Japanese Garden but that’s not the official name of it―but that has changed a lot because they’re getting ready to do the Obama Library there.

When I lived over here back when I was about 19… even though it looks the same, you can still see the little differences. Like for instance, it used to be free every day to get inside the museum, which it’s not now. It’s changed quite a bit. Like I said, the co-opt and treasure island are no longer there, which were two Hyde Park staples at one point. I think it’s become more accessible just the way that it’s more open, it’s like it’s more inviting, especially for out of town guests. We get a lot of out of town guests that come to the museum, so they’re just in awe of the surrounding area and how beautiful it is. Especially on a day like today, you really get to take it all in.

I know there are groups of people who are not necessarily for [the Obama Presidential Center], I think that it will enhance more visitors. I think it will be great for the surrounding area, it’s going to bring more people, it’s going to bring more businesses, more jobs, and it’s going to beautify the area a little bit more, you know. And I think especially if they incorporate the nature that’s around it―the various wildlife that’s around―as long as they don’t encroach too much on their homes and stuff, I think it will be pretty cool to have that. I think the Obama Library will be fine. I know there are a lot of people who would say differently, for whatever reason, but just thinking about it, I mean everybody likes something new, right? I think once they put it up and everybody gets used to the fact that it’s there and they start coming to visit and see what it involves and it has to offer I think it will be great.

Coming from where I live now, I walk through the golf course most of the time, or around it. So I notice that they’re kind of building it up a little bit more, trying to make it look better and stuff. I always notice the lakefront―I love our lakefront, it’s gorgeous. I like Hyde Park as a whole because just right down this street is so many different shops and little eateries and cafes, it feels like you can just slow down and just take some time…[by] yourself, if you need to. As far as the first thing I notice, I think because I’m big on like just trying to pay attention to my surroundings…I notice how people get out and they actually enjoy the park area, enjoy the lakefront, you know what I mean? They take part it in, they have fun with it, that’s what I notice, you know? I like to see that, I like to see families out. For instance this gentleman here walking with his daughter…I love to see stuff like that, it makes me feel like Chicago still has a chance to be the place to come to visit. 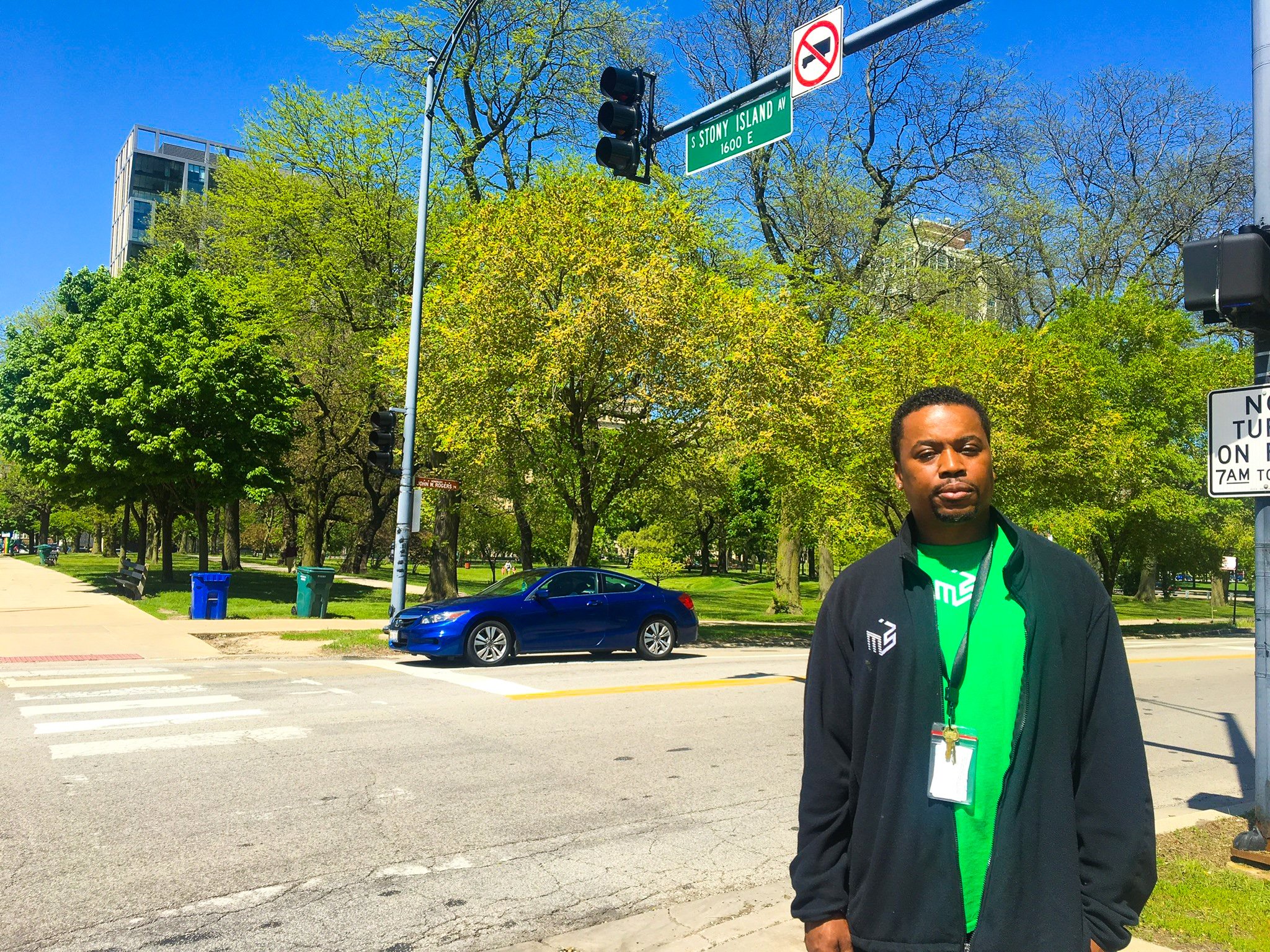 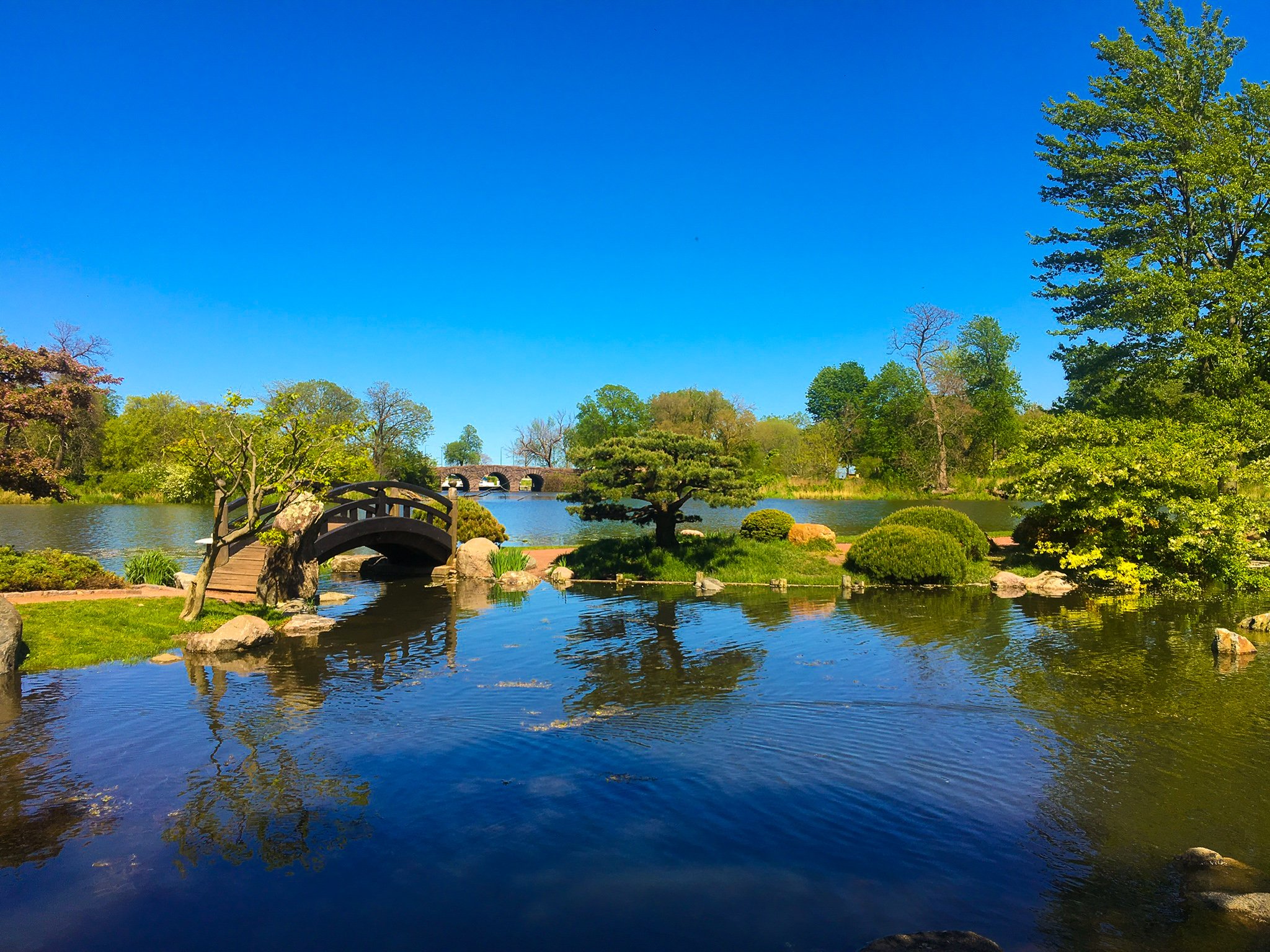 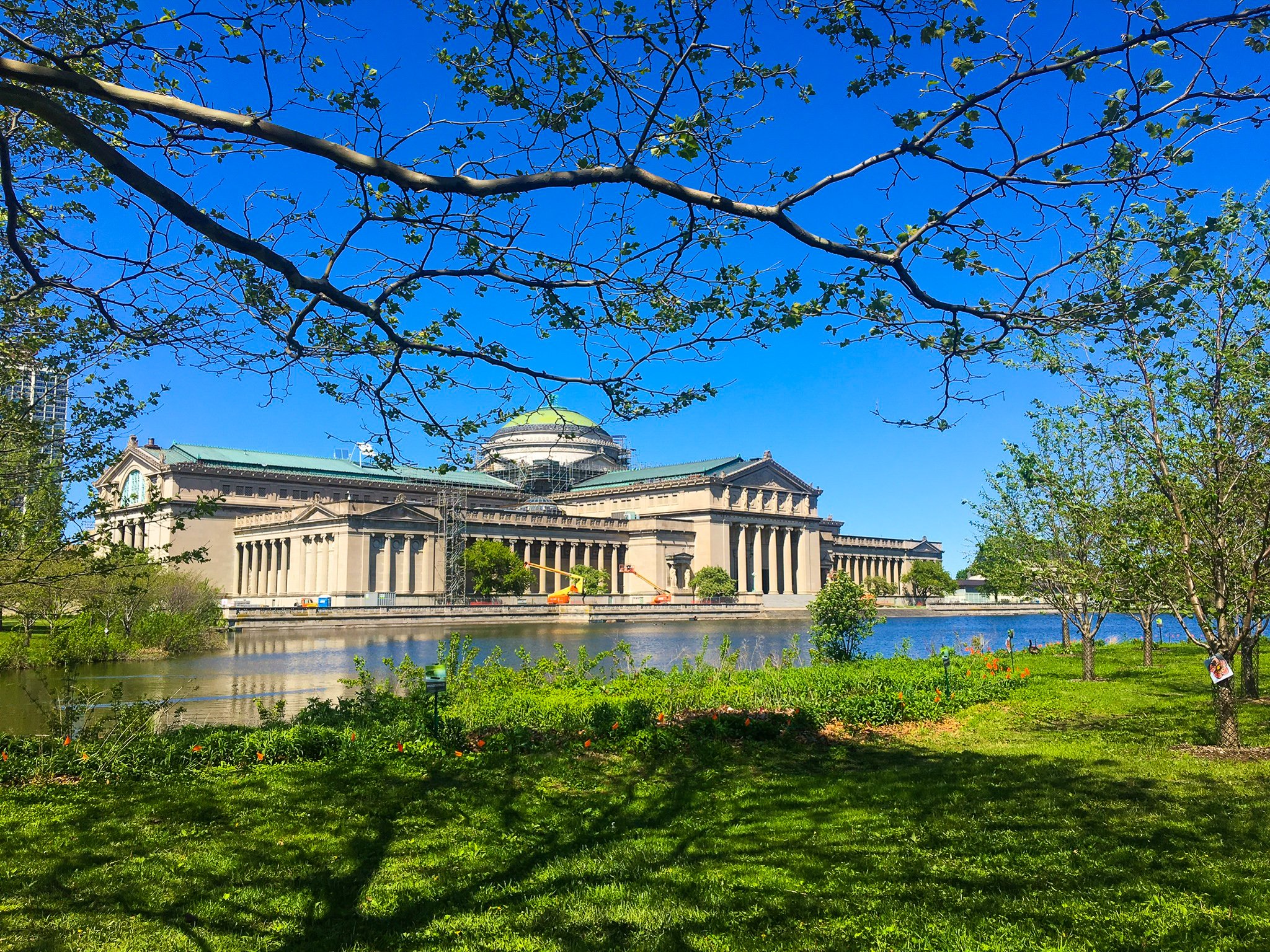