Skip to content
Home>The Journal>Write a Memoir? Just Do It.

Write a Memoir? Just Do It. 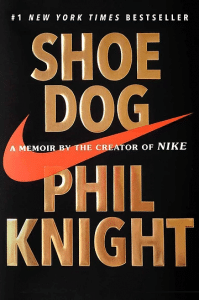 “Shirtsleeves to shirtsleeves in three generations”—this saying appears across countries, cultures and languages about how the success gained in one generation won’t be sustained past the third. In England, it’s “clogs to clogs,” in Japan, it’s “rice paddies to rice paddies,” and in Italy, “stables to stars to stables.” According to the Spanish, “he who doesn’t have it, makes it; and he who has it, wastes it.” The Chinese say that “wealth does not survive three generations,” and the Scottish agree: “The fathers buys, the son builds, the grandchild sells, and his son begs.”

These old proverbs hold grim prophecies for family businesses. So how do you break the cycle? Start talking and telling stories about the family’s history, where they came from, how the business was started and what it took to keep it going.

One downfall of legacy organizations is the apathy that tends to take hold in the third generation, in the grandchildren, who no longer feel connected to or understand the struggles and the sacrifices made by their parents and grandparents. Making matters worse, money is often treated like a taboo topic and is not adequately discussed. Maybe then it’s no surprise that 70 percent of wealthy families lose their fortune by the second generation and, by the third, 90 percent, according to a study of more than 3,200 high-net-worth families by the Williams Group wealth consultancy.

As one founder discovered, sometimes even when you can transfer money from one generation to the next, you can’t transfer passion. There must be a deeper common bond to keep a legacy alive. Consider the following story.

His father was disappointed by his decision to start a sneaker business. But staying close to sports made Knight’s heart race. He’d dreamed of becoming a major league baseball player until he was cut from his high school team. He found a new avenue for his athleticism and competed in cross country at the University of Oregon, where he met his coach and future business partner Bill Bowerman.

With his father’s financial support, Knight pushed forward with his plans. He decided to just do it and began selling shoes from the trunk of his lime green car. Knight grossed $8,000 his first year. Today, Nike’s annual sales top $30 billion.

Knight thought maybe his two sons would run the company one day, but they weren’t interested. His oldest son Matthew was raising money for orphanages in El Salvador when he died in a scuba diving accident at age 34, and Travis set out to become a rapper, then an animator, which is where he found his passion. By doing so, he also found a way to connect with his father and embody his values.

“I’d tell men and women in their mid-twenties not to settle for a job or a profession or even a career. Seek a calling,” Knight writes in Shoe Dog: A Memoir by the Creator of Nike. “Even if you don’t know what that means, seek it. If you’re following your calling, the fatigue will be easier to bear, the disappointments will be fuel, the highs will be like nothing you’ve ever felt.”

With his father’s financial and emotional support, Travis founded an animation studio called Laika. That’s where he’s had to learn things the hard way, take risks and reap rewards. Finding his calling put Travis in the position to be groomed by his father as an entrepreneur and feel some of things his father felt when he started Nike.

That’s what good stories do: they make us feel something. They preserve the past and connect those experiences to the present. They combat apathy. If a family is only connected by material, financial, or legal structures, the old proverbs and sayings may come true.

But if you can capture someone’s character, leadership skills, missteps, and motivations—the trying moments when they were selling shoes from the trunk of a car—that reminds future generations and leaders of the company who they are, where they came from, and what it all means.